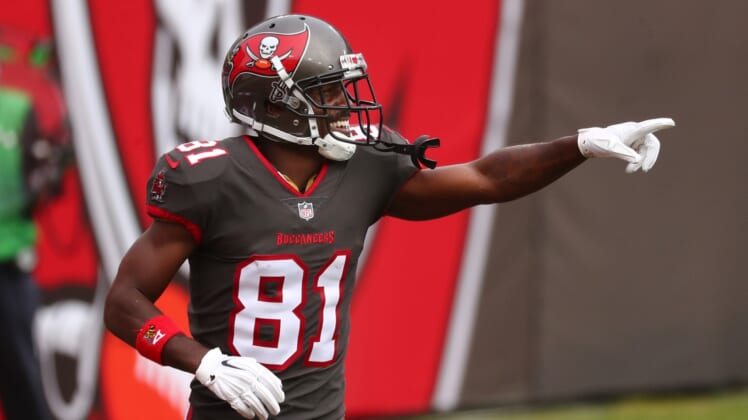 Brown played just 29 snaps in Sunday’s divisional playoff win over the New Orleans Saints. He caught one pass for 10 yards and was targeted three times.

Brown, 32, was limited to 33 snaps in the wild-card victory against Washington, catching two passes for 49 yards and a touchdown.

The seven-time Pro Bowl selection and four-time All-Pro signed with Tampa Bay on Oct. 27 and caught 45 passes for 483 yards and four scores in eight games in the regular season.

While Brown’s status is definite, Arians said it has yet to be determined whether defensive tackle Vita Vea will play against the Packers. Vea, 25, has been designated to return from injured reserve, but a decision about playing this weekend remains up in the air.

He suffered a broken lower leg on Oct. 8 against the Chicago Bears and was thought to be out for the season, but the team designated him for return from IR on Monday. He has practiced this week.