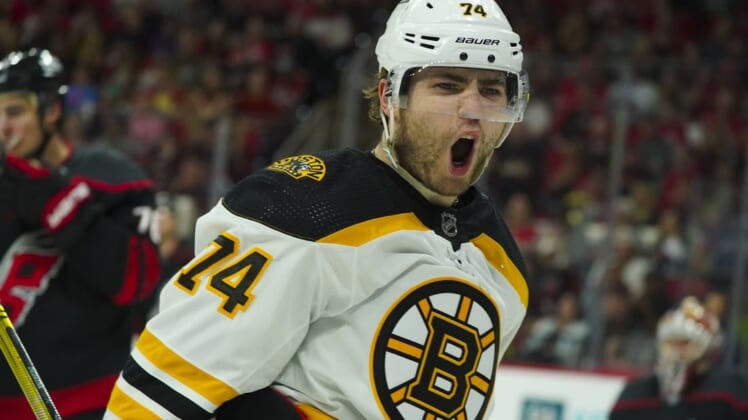 “We’re very happy that Jake has turned the corner on how he feels about the Boston Bruins and wants to be with us,” Sweeney said. “He had a hell of a second part of the year and deserves a lot of credit for the production that he put forth, and he’s looking forward to being back. … I think he was just in a better place when the season ended.”

DeBrusk, who was set to become an unrestricted free agent this summer, signed a two-year, $8 million contract extension on March 21. The 25-year-old finished the season with 42 points (25 goals, 17 assists) in 77 games, including 25 points (16 goals, nine assists) in his last 34.

Sweeney, however, didn’t dismiss the notion of trading DeBrusk if the situation is beneficial for the Bruins.

“I’m looking for opportunities to improve the team, and Jake knows that as well,” Sweeney said. “And that’s what I’ll have to continue to look at. But we’re happy that he’s in a good place.”