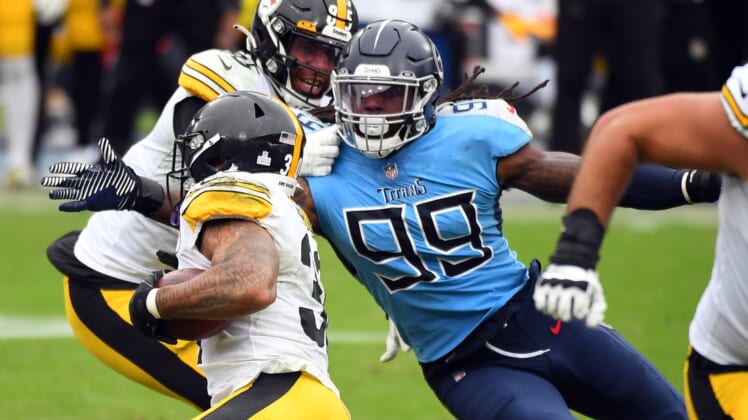 Clowney, who was the No. 1 overall pick of the 2014 NFL Draft, will join fellow former top overall selections Myles Garrett (2017) and Baker Mayfield (2018) on the Browns.

Per reports, Clowney passed his physical on Wednesday morning.

The Browns also were in the hunt for Clowney before the 2020 season, but he instead signed a one-year deal with Tennessee.

Clowney, 28, played just eight games for the Titans before a knee injury ended his season in November and posted the worst numbers of his career since he was a rookie: 19 tackles, no sacks and one forced fumble.

Clowney spent his first five seasons with the Houston Texans and played with the Seattle Seahawks in 2019.

He has recorded 255 tackles (75 for loss), 32 sacks, one interception, nine forced fumbles and eight fumble recoveries in 83 career games (74 starts).