Browns QB Baker Mayfield: Both sides ‘ready to move on’ 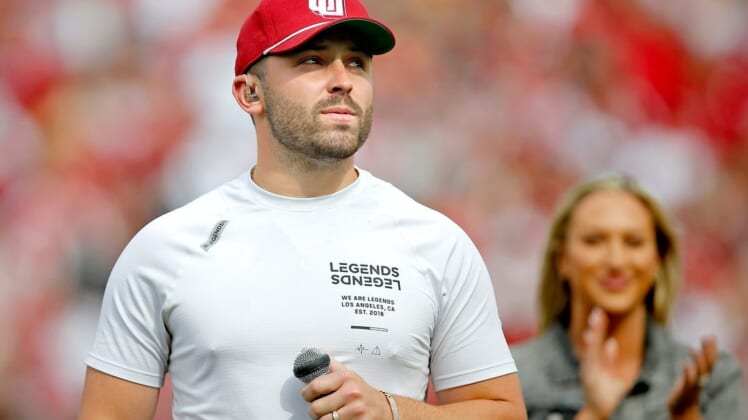 Baker Mayfield says that he and the Cleveland Browns are both “ready to move on.”

The 27-year-old quarterback spoke with reporters Tuesday at his youth football camp in Norman, Okla.

Mayfield didn’t completely rule out a reconciliation if the NFL suspends his replacement, Deshaun Watson.

“I think for that to happen there would have to be some reaching out,” Mayfield said. “But we’re ready to move on, I think — on both sides.”

Watson, 26, is scheduled to have a hearing with disciplinary officer Sue L. Robinson on Tuesday.

The hearing will center on the 26 women who accused Watson of unwanted advances and inappropriate sexual conduct during massage appointments during his time with the Houston Texas.

The Browns acquired Watson from the Texans in a trade in March and gave him $230 million in guaranteed money on a five-year deal.

Mayfield has been excused from the Browns’ offseason activities while the team attempts to find a trade partner.

He is due a fully guaranteed salary of $18.86 million in 2022, the final season of his rookie contract.