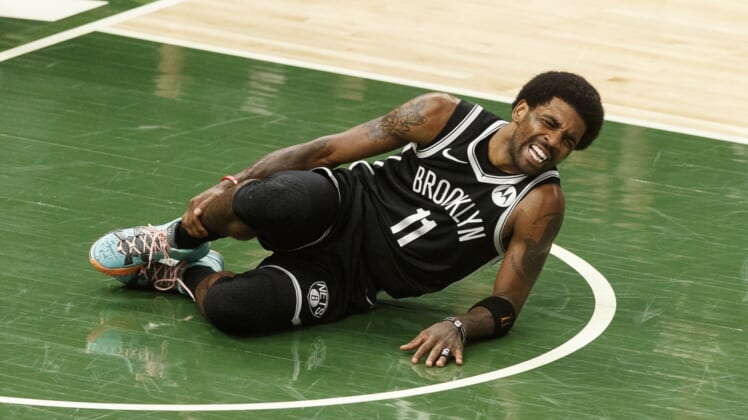 The Brooklyn Nets said star point guard Kyrie Irving will not play in Game 5 of the team’s Eastern Conference semifinal series Tuesday against the Milwaukee Bucks because of a right ankle sprain.

The Nets forged a 2-2 tie in the series with a 107-96 victory on Sunday, despite Irving leaving in the second quarter with his ankle injury. He scored 11 points with five rebounds and two assists in just 17 minutes and has averaged 20.0 points, 5.0 rebounds and 4.3 assists in the series.

The Nets will also be without fellow All-Star James Harden, who injured his hamstring after playing just one minute of Game 1 and has not seen action in the series since. 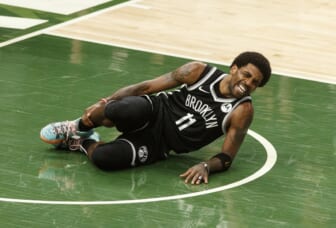 The pivotal Game 5 will take place Tuesday in Brooklyn.

Irving had X-rays on his ankle Sunday that came back negative. His timetable for a return is not known. Harden has been working out on a court in recent days, but his status remains up in the air for Game 5.