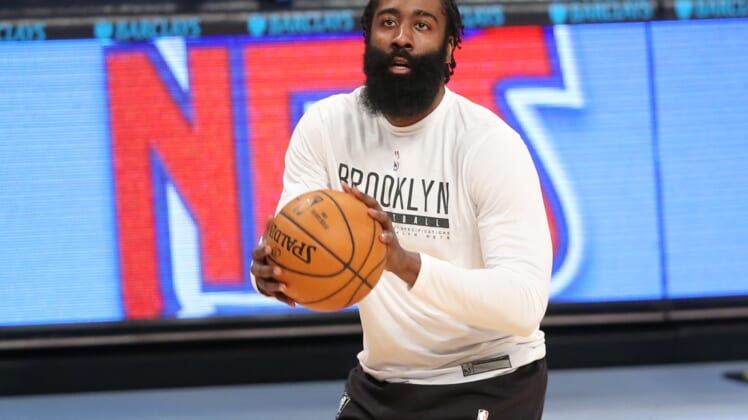 Brooklyn Nets guard James Harden was diagnosed with a right hamstring strain after undergoing an MRI, the team announced Tuesday.

The Nets said Harden will be re-evaluated after approximately 10 days.

Harden returned from a two-game absence on Monday, however he made what resulted in a cameo appearance after aggravating a previous injury in Brooklyn’s 114-112 victory over the New York Knicks. He lasted just four minutes before missing the remainder of the contest.