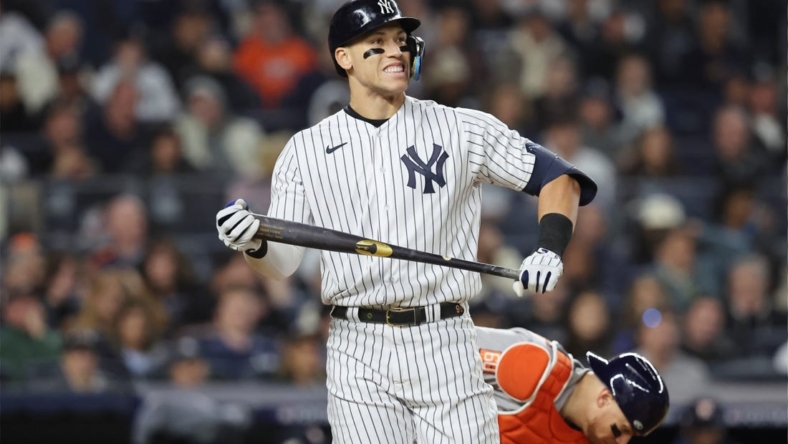 Longtime New York Yankees general manager Brian Cashman declined to address Friday whether the club has renewed contract negotiations yet with Aaron Judge’s agent when he spoke at an end-of-the-season news conference.

“I’m gonna no-comment on that but just restate what has been stated by me and ownership and Aaron Boone and anybody related to the Yankees,” Cashman said. “We’d love to be able to bring Aaron Judge back and have him maintain being a member of this franchise. The career path he’s currently on is Hall of Fame-like, and nothing better than to have him continue to man right field for us and impact us both on and off the field the way he has thus far.

“So we’ll have, certainly, the conversations as promised and see where they take us. But he’s put himself in a great position to have a lot of choices.”

While Cashman spoke on behalf of the team, the general manager also confirmed that he is not under contract after his previous deal expired Oct. 31.

Cashman has served as New York’s general manager since February 1998, and in the 25 seasons since, he helped to assemble four World Series-winning teams, though none since 2009.

Assuming Cashman returns, he will lead the Yankees’ front office on the vital question of whether to pay up and re-sign Judge, who hit 62 home runs in 2022 to break Roger Maris’ single-season American League record.

Manager Aaron Boone, who will return for 2023, also faced questions about Judge, who could command a record contract on the open market.

“I think most of you know how I feel about him, how much appreciation I have for our relationship, how it’s grown over the years,” Boone said. “All I’ll say is that of course, I hope he’s back and a Yankee forever.”

But Boone acknowledged that this decision is “above me.”

“Bottom line is, we’re a really good team. We’ve been knocking on that door now for a long time,” Boone said. “We haven’t punched through. I certainly understand the frustration of that with everyone. We all feel that as much as everyone. Again, that’s why I came back to do this. I want to hoist that trophy with these guys. And the reality is, we are close, and we have a team that is in that conversation. Realistically in that conversation.”

Cashman said the Yankees will pick up the $15 million option to retain right-handed starting pitcher Luis Severino, who has been with the club since 2015.

Other players with personnel issues looming include first baseman Anthony Rizzo, who can opt out of his contract and test the market; outfielder Andrew Benintendi, acquired before the trade deadline; and pitchers Jameson Taillon and Zack Britton.