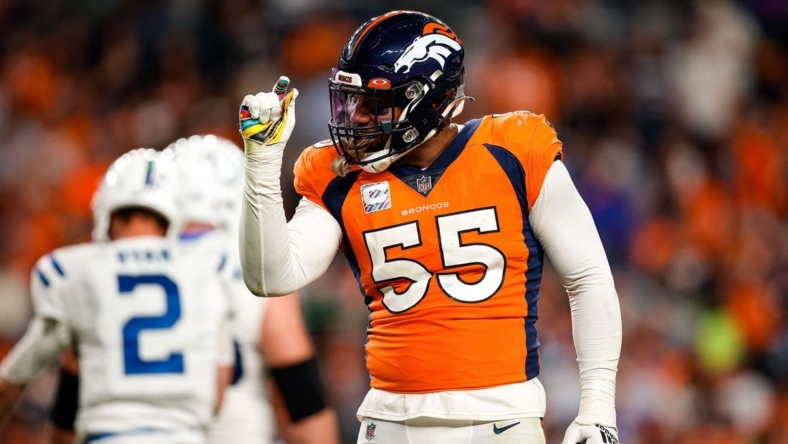 The Miami Dolphins were widely praised after acquiring Bradley Chubb ahead of the NFL’s trade deadline, but it failed to move the needle for many oddsmakers.

DraftKings told Field Level Media that the sportsbooks shifted the Dolphins Super Bowl odds from +3500 to +3000 after the deal was announced Tuesday. Their AFC Championship odds also shortened from +1800 to +1600 while their odds of winning the AFC East were trimmed from +1200 to +100.

However, BetMGM reported no movement in the Dolphins’ futures markets in the wake of the deal. In fact, the sportsbook told Field Level Media that no NFL team futures were impacted by trades announced on Tuesday.

BetRivers did not move Miami’s lines following news of the Chubb trade, although the Dolphins’ Super Bowl odds have shortened to +2500 from +3000 the previous day. Their championship odds also shifted from +1400 to +1200 and their divisional odds from +1000 to +900.

Chubb, 26, was considered the prized defender available at the trade deadline. The 2018 first-round pick had 26 career sacks for the Denver Broncos, with 5.5 of them coming this season as an outside linebacker in a 3-4 scheme – the same scheme employed by Miami.

The Dolphins parted with their first-round selection next year in a package of draft picks sent to Denver in a bold move to upgrade a pass rush that has produced only 15 sacks through eight games. Chubb will now comprise a formidable duo with Jaelen Phillips, who leads Miami with 3.0 sacks.

The Dolphins are also expected to work on a long-term extension with Chubb, who is playing on the $7.06 million fifth-year option picked up by Denver.

Miami also parted with backup running back Chase Edmonds as part of the Broncos deal. However, the Dolphins quickly replaced him by shipping a 2023 fifth-round pick to San Francisco for Jeff Wilson, who will reunite with former 49ers backfield mate Raheem Mostert.

Edmonds, 26, has 216 yards from scrimmage and three touchdowns on the season. He was a fourth-round pick of the Arizona Cardinals in 2018 and was in his first season in Miami.