Bradley Beal: Not getting vaxxed for ‘personal reasons’ 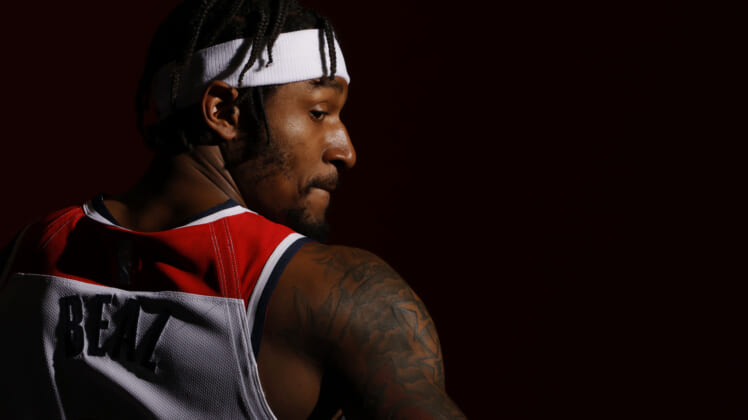 Washington Wizards three-time All-Star Bradley Beal on Monday cited “personal reasons” for not getting vaccinated against COVID-19, adding he hopes that his previous bout with the virus will protect him.

Beal made the comments during the Wizards’ media day.

Beal contracted COVID-19 over the summer, preventing him from playing in the Tokyo Olympics. Beal declined to say why he would not get vaccinated.

“Personal reasons,” Beal said. “I would like an explanation to … people with the vaccines, ‘Why are they still getting COVID?’ … It doesn’t eliminate anybody from getting COVID, right?”

Beal said he “didn’t get sick at all” during his bout with the virus over the summer.

“I lost my smell, that’s it,” Beal said, adding that he doesn’t feel pressure to get vaxxed.

“I don’t think you can pressure anybody into making a decision about their body or what they put into their body,” Beal said. “You kind of let people come into their own about it. … I talk it over with my family and we make a group decision that we feel is best for us, just like the rest of the world.”

Beal said his parents as well as his brothers are vaccinated, saying he understands “both sides of it.” Including reactions to the vaccine itself.

“Some people have bad reactions to the vaccine, nobody wants to talk about that. What happens if one of our players gets the vaccine and they can’t play after that? Or they have complications after that? Because there are cases like that.”

Beal also addressed the report from The Athletic earlier in the day that Russell Westbrook tried to talk Beal into asking for a trade out of Washington together.

“This happens every year. Players are going to talk,” Beal said. “I wasn’t in the same head space that he was out. We had great conversations leading up to it … I’m happy for him.”