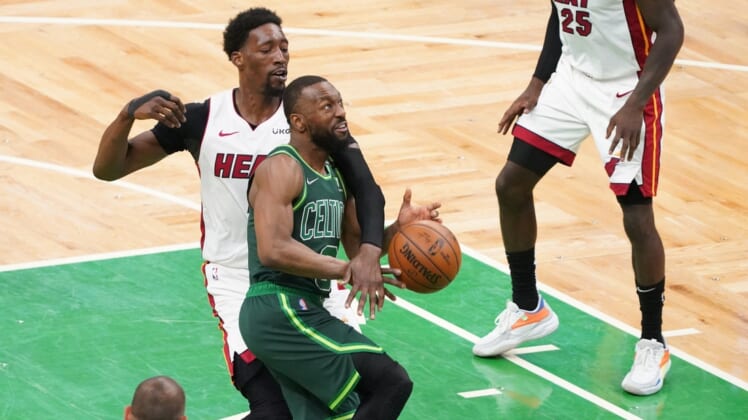 The Boston Celtics and guard Kemba Walker are expected to part ways during the offseason, according to a report by Bleacher Report on Wednesday.

Walker reportedly feels unwanted by Boston, dating back to reports that recently retired general manager Danny Ainge tried to trade Walker to the New Orleans Pelicans following the 2019-20 season in an attempt to acquire Jrue Holiday, who later was traded to the Milwaukee Bucks.

Brad Stevens was promoted from coach to Ainge’s position, but an upcoming shakeup is expected to include Walker. Per Bleacher Report, the feeling is mutual on the part of both Walker and the team.

The four-time All-Star averaged 19.3 points and 4.9 assists in 43 games this season. His availability was hindered by continued problems with his left knee.

Walker averaged 20.4 points and 4.8 assists in 56 games the previous season, his first in Boston.

Walker spent his first eight NBA seasons with the Charlotte Hornets. He averaged a career-best 25.6 points in his final season in Charlotte in 2018-19 before being traded to the Celtics.