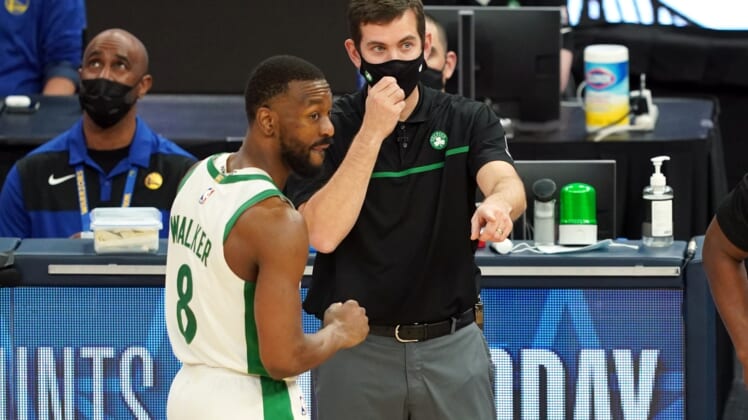 Speculation has grown that the 44-year-old Stevens would return to his home state to coach the Hoosiers since Indiana fired Archie Miller on Monday.

“I said it the other day: I’m not (considering it),” Stevens said Friday. “And I tried to say it as clearly as I could and also make sure that people understand that that place to me is special. Because I don’t want to make it sound like it’s not. But, like I said the other day, I’m so grateful to this organization, and to the people here, and for all that they’ve done for us.”

Stevens built his coaching reputation at Butler. He led the Indianapolis school to five NCAA Tournaments in six seasons, including two Final Fours. The Bulldogs lost to Duke, 61-59, in the 2010 title game and to UConn the following year.

The Celtics hired Stevens before the 2013-14 season, and he has a 338-267 regular season record in the NBA. The Celtics have made the playoffs each of the past six seasons, twice advancing to the Eastern Conference finals.

Hampered by injuries and COVID-19 disruptions, the Celtics are 20-21 and in eighth place in the Eastern Conference.

“I love coming to work every day. I love this area,” Stevens said of Boston. “People have been great to us. My family is so happy. And, at the same time, home is home. And that’s why I wanted to make sure everybody understood that means a lot.”

The Hoosiers will be looking to make a home-run hire. Once among the NCAA’s elite programs, Indiana hasn’t made the NCAA Tournament since 2016. They finished the 2020-21 season with a 12-15 overall record, going 7-12 in the Big Ten.

Other rumored candidates include Chris Beard of Texas Tech, Scott Drew of Baylor and John Beilein, formerly the coach of Michigan.