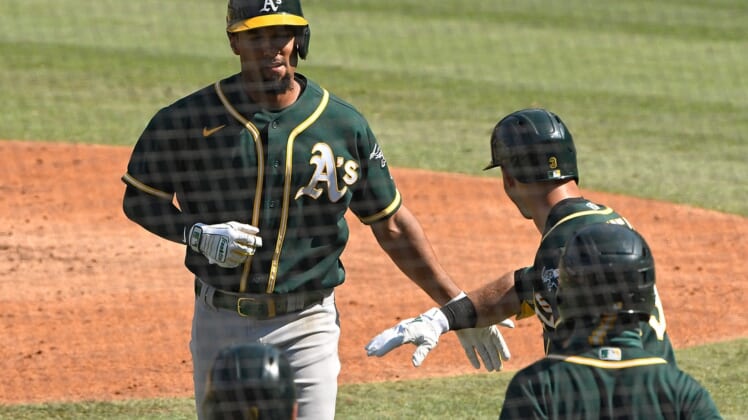 The Toronto Blue Jays on Saturday announced the signing of infielder Marcus Semien to a one-year, $18 million contract.

The move comes one week after the Blue Jays announced the signing of outfielder George Springer to a six-year, $150 million deal.

Defensively, Semien has played the majority of his career at shortstop (766 starts). He also has started 44 games at third base and 26 games at second base.