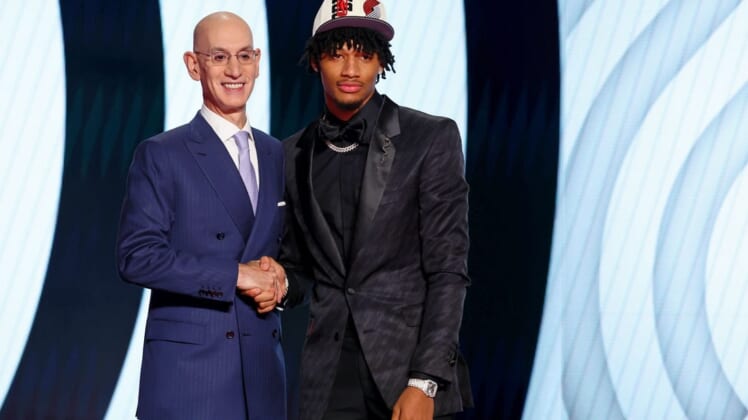 Portland Trail Blazers rookie Shaedon Sharpe will miss the rest of the NBA Summer League with a shoulder injury.

The team announced Saturday that an MRI revealed a small labral tear in the lottery pick’s left shoulder.

The 19-year-old guard was injured during his Summer League debut against the Detroit Pistons on Thursday night in Las Vegas.

The Blazers said Sharpe will begin immediate rest and rehabilitation and he will be reevaluated in 10-14 days.

Sharpe started and played just six minutes in an 81-78 loss to the Pistons, finishing with two points on 1-of-3 shooting with one turnover.

He was the No. 7 overall pick in last month’s draft out of Kentucky, where he attended for one season but did not see any action for the Wildcats.