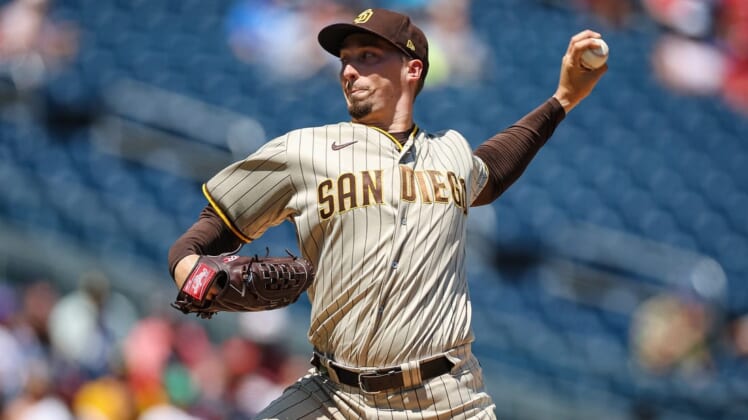 Wil Myers had three hits, two of them driving in a run. Manny Machado also had two RBIs to go with two hits as the Padres took two games of the three-game series.

The series concluded with Padres outfielder Juan Soto, who returned to play in Washington less than two weeks after he was traded from the Nationals, going 1-for-3 with two walks and a run. Soto drove in a run in each of the first two games of the series. Josh Bell, who also went to the Padres in the blockbuster trade, was 0-for-4 with a walk and finished the series 0-for-13.

Snell (5-6) allowed three singles — two of them by Nationals rookie Joey Meneses — and didn’t issue a walk. Snell has won five of his last six decisions.

Nick Martinez pitched two innings and Robert Suarez worked the ninth to complete the combined seven-hitter. San Diego secured the shutout despite committing two errors. The Nationals didn’t have an extra-base hit, nor did they draw a walk.

Myers drove in the game’s first run with a second-inning double. His sixth-inning single made the score 4-0.

That remained the score in the eighth inning, which the Nationals opened by putting their first two batters on base. Alex Call grounded into a double play that erased those two runners at third and second, helping the Padres escape unscathed.

The Padres tacked on two more runs in the ninth, with Machado’s infield single and a subsequent throwing error resulting in both runs.

The teams meet for a four-game series beginning Thursday in San Diego.