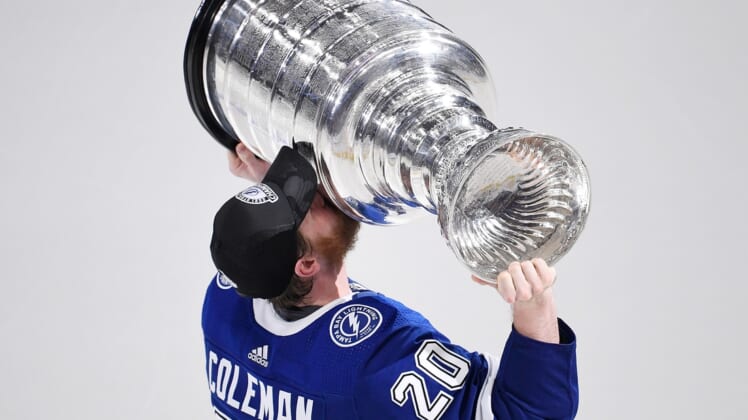 The 29-year-old Coleman had 14 goals and 17 assists (31 points) in 55 games last season. Overall, he has 71 goals and 55 assists (126 points) in 301 career regular-season NHL games over five seasons with the New Jersey Devils and Lightning.

Coleman was a solid contributor in the postseason the past two seasons, combining for eight goals and 16 assists in 48 games.

Also Wednesday, the Flames acquired defenseman Nikita Zadorov from the Chicago Blackhawks in exchange for a third-round pick in 2022.