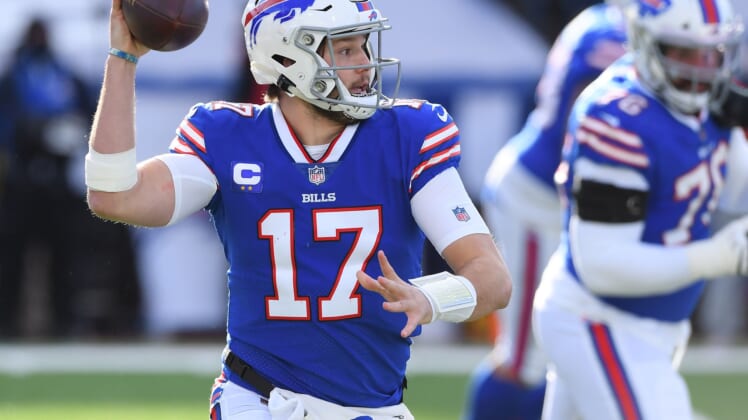 The Buffalo Bills defeated the Indianapolis Colts 27-24 to kick off the NFL’s Super Wild Card Weekend on Saturday, marking Buffalo’s first postseason victory since the 1995 season.

Think about it: three years after that, the Colts drafted Peyton Manning No. 1 overall and came to expect Super Bowl contention every year. Now, the Bills have a legitimate superstar at quarterback in Josh Allen, who outdueled gusty veteran Philip Rivers to push Buffalo to the AFC Divisional Round.

Much of the pressure was on Buffalo to get the job done, given its lengthy playoff drought and heavy favorite status against Indianapolis, who was the seventh and final playoff seed in the conference.

The Colts could’ve taken a field goal late in the first half, but opted to go for it on a key fourth down deep in Buffalo territory, only to come up short.

Allen was 26-of-35 passing for 325 yards and two touchdowns, including a beauty in the fourth quarter to Stefon Diggs that put the Bills up 24-10:

But Rivers, who had 309 yards through the air and two scores himself, wasn’t done. He responded with two scoring strikes in the last quarter, capitalizing on a busted coverage to hit Jack Doyle for 27 yards in the end zone, which cut Buffalo’s lead to 27-24 following a successful two-point conversion:

Indianapolis was on the precipice of field goal range to tie the game late, when it appeared Colts receiver Zach Pascal fumbled the ball away with 28 seconds left. Upon review, officials determined he was down by contact, much to the chagrin of Bills fans in attendance.

It really seemed Pascal put it on the ground prior to being down, but Indianapolis couldn’t get close enough in the end to kick it. Rivers’ heave as time expired got knocked down by Micah Hyde.

Between the last drive that fell just short, a doinked 33-yard field goal by rookie Rodrigo Blankenship and a stronghold on field position particularly during the first half, there were plenty of chances for the Colts to pull the upset.

Alas, Allen was simply too much, as he ran for a team-high 54 yards on 11 carries and a score to lead the triumphant charge.