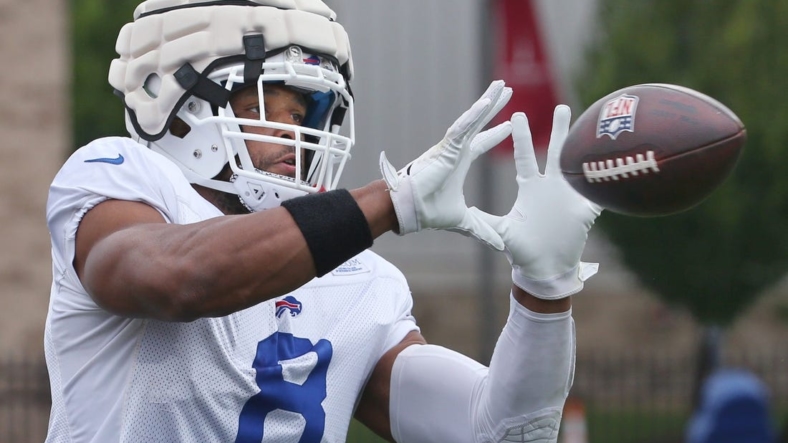 Tight end O.J. Howard is among the players the Buffalo Bills plan to release to reach the 53-man roster limit by Tuesday’s deadline, per multiple reports.

Howard signed a one-year, $3.5 million deal in free agency when he joined the Bills on March 16.

But he was unable to carve out a role in the Buffalo offense and was reportedly on the trade block last week.

Quintin Morris, who started the second preseason game ahead of Howard, and Tommy Sweeney received more reps with the first-team group in training camp behind Dawson Knox.

Howard, 27, was a first-round pick of the Tampa Bay Buccaneers in 2017 after a breakout season with Alabama.

His impact on the Buccaneers was minimized by injuries, including a torn Achilles and high ankle sprain. He caught 14 passes for 135 yards and one touchdown in 2021 with Tampa Bay.