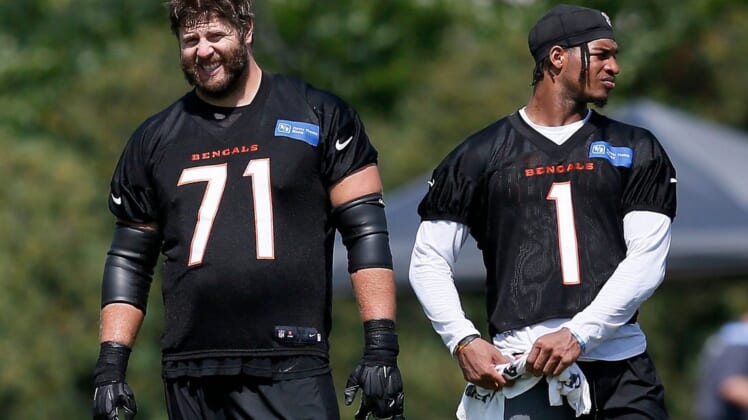 The Chicago Bears agreed to terms on a one-year deal with offensive tackle and former first-round pick Riley Reiff on Tuesday.

The deal could be worth up to $12.5 million, ESPN and NFL Network reported. Reiff is expected to nab the starting spot at left tackle for the Bears.

“That’s another opportunity — I said from the beginning — our front office is not going to stop chipping away and bringing good football players to make this team better,” Bears general manager Ryan Poles said in announcing the move.

Reiff, 33, started 12 games for the Cincinnati Bengals last season. He was placed on injured reserve on Dec. 16 and missed the rest of the season.