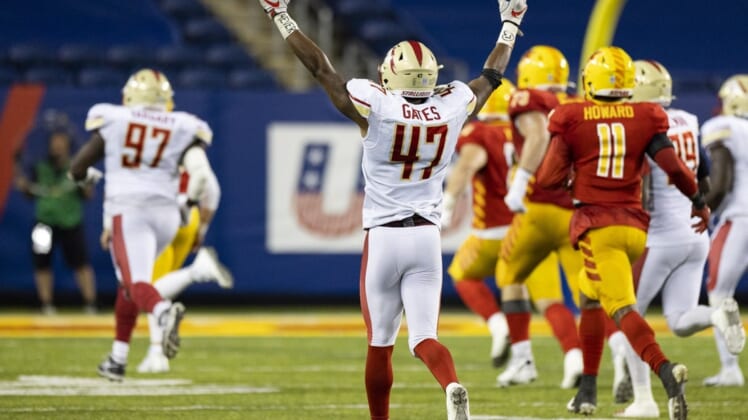 Gates, 26, has played professionally in the USFL, CFL, XFL and AAF since going undrafted out of Ole Miss in 2018.

He recorded 68 tackles, 6.5 sacks and one interception in nine games with the USFL’s Birmingham Stallions in 2022.

Albright was an undrafted rookie free agent from Ball State.

Also Saturday, offensive tackle Teven Jenkins returned to practice after missing more than a week because of an undisclosed injury.

The 2021 second-round pick missed most of his rookie season with a back injury. He returned in December and played in the final six games with two starts.