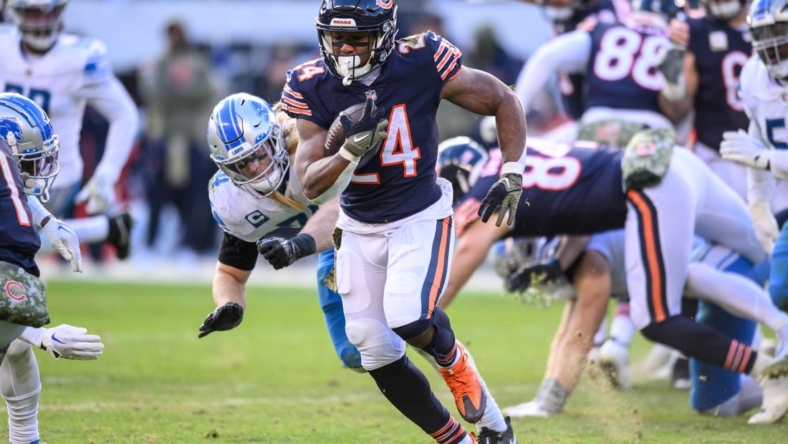 Chicago Bears running back Khalil Herbert landed on injured reserve on Tuesday with a hip injury that will cost him at least four games.

Herbert, who favored his hip after a 50-yard kickoff return and a 12-yard run in which he carried multiple Detroit Lions several yards on Sunday, has rushed 108 times. He was on pace for more than 1,100 yards in 2022 with 643 rushing yards and four touchdowns this season.

Herbert stepped in when David Montgomery was hurt with 20 carries for 157 yards and two touchdowns Week 3 against the Houston Texans. He’s averaging 6.0 yards per carry, second on the team to quarterback Justin Fields.

Montgomery is averaging 3.8 yards per carry and had nine carries for 37 yards in the 31-30 loss to the Lions last week.