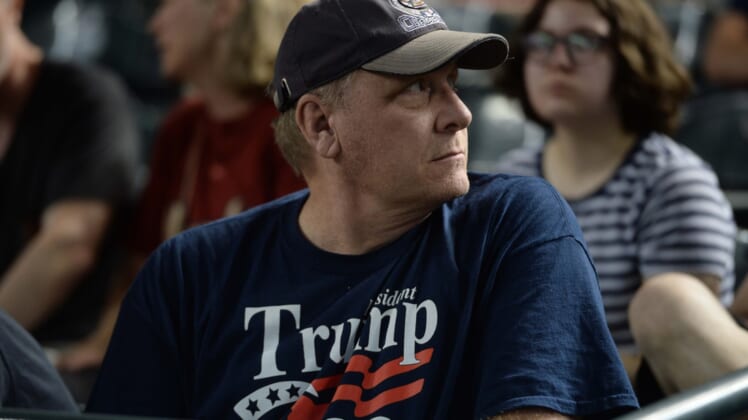 The Baseball Writers’ Association of America released a statement Wednesday urging the Hall of Fame to keep Curt Schilling on the 2022 ballot for a 10th — and final — appearance despite the pitcher’s request to be removed.

“It is the position of the Baseball Writers’ Association of America that Mr. Schilling’s request to remove himself from the ballot is a violation of the rules set forth by the National Baseball Hall of Fame’s board of directors,” BBWAA secretary Jack O’Connell said in the statement.

“The Hall of Fame assigned the BBWAA to be the electorate in 1936. This association has abided by the rules for 85 years and shall continue to do so. The BBWAA urges the board to reject Mr. Schilling’s request.”

The statement comes in the aftermath of Schilling asking off of next year’s ballot following Tuesday night’s announcement that he fell 16 votes shy of induction. Schilling, 54, was named on 71.1 percent of the ballots, needing 75 percent.

Not long after the results were revealed, Schilling posted a lengthy letter that he sent to the Hall of Fame on his Facebook page and requested he not be listed on the ballot next year in his final season of eligibility.

Hall of Fame board chairwoman Jane Forbes Clark released a statement later Tuesday night saying the group would consider Schilling’s request at its next meeting, which is typically held in July. The Hall denied a similar request made by MLB Players Association director Marvin Miller in 2008.

There are observers who say the right-handed Schilling has hurt his candidacy with controversial comments over the past few years, often made from his Twitter account, but his credentials sparkle.