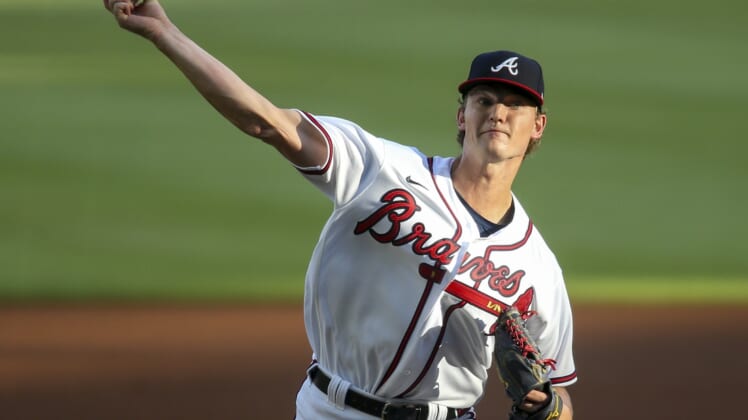 Soroka was shut down for three weeks after developing shoulder inflammation in early April.

The 23-year-old was coming off a ruptured Achilles’ tendon that he sustained last summer and was nearing a full recovery before feeling the shoulder discomfort.

Soroka had an MRI exam which cleared him of any structural damage in the shoulder, but there is no timetable for his return.

An MLB Network report Monday, however, stated that Soroka is not expected to debut before June, as he still needs to complete a usual “spring training progression” in his throwing program.

He finished second in the Rookie of the Year voting and was an All-Star in 2019 while posting a 13-4 record with a sparkling 2.68 ERA in 29 starts.

Soroka made just three starts for the Braves in 2020, compiling an 0-1 record with a 3.95 ERA before being sidelined with the Achilles’ injury.