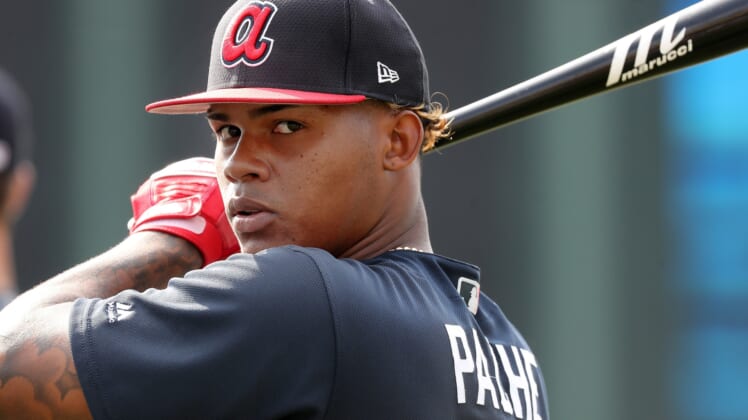 The Atlanta Braves are calling up top prospect Cristian Pache, with outfielder Nick Markakis landing on the COVID-19 injured list in a corresponding move.

Pache, one of the most highly-regarded prospects in baseball, isn’t in Atlanta’s starting lineup on Tuesday.

When Pache steps to the plate for his first at-bat, the 21-year-old outfielder will make his MLB debut. Recognized as one of the best outfielders in baseball defensively, he could have a spot in center field for years to come.

Pache’s promotion comes at a moment when the Braves desperately need a spark. All-Star outfielder Ronald Acuña Jr. is on the injured list with a wrist injury and without a timetable to return.

Atlanta, once considered a World Series contender, has been ravaged by injuries in recent weeks. The club lost ace Mike Soroka to a torn Achilles and All-Star second baseman Ozzie Albies is also on the IL with a wrist injury.

Pache ranks among the best prospects in all of baseball. Entering the season, MLB Pipeline rated him as the No. 14 overall prospect and he is a big reason why Atlanta’s farm system ranked seventh in MLB by Baseball America.

On the 20-80 scouting scale, with 80 marking an elite tool, Pache received a 70 grade for his speed, fielding ability and arm strength. While his hit tool and power are less developed, he has the potential to become a five-tool outfielder and a star for the Braves.