The Atlanta Braves acquired outfielder Joc Pederson from the Chicago Cubs on Thursday in exchange for a minor league prospect.

The Braves sent the Cubs 23-year-old first baseman Bryce Ball, who has six home runs in 53 games for Single-A Rome. The Braves took Ball in the 24th round of the 2019 draft. 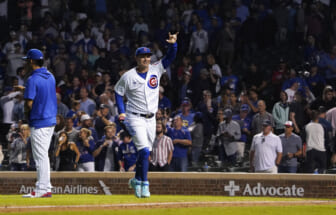 Pederson, 29, is batting .230 with 11 home runs and 39 RBIs in 73 games this season. He was in his first season with the Cubs after signing a one-year deal in January. Pederson’s a career .230 hitter with 141 home runs. He spent his first seven seasons with the Los Angeles Dodgers.

The Braves lost star outfielder Ronald Acuna Jr. to a torn ACL before the All-Star Break.