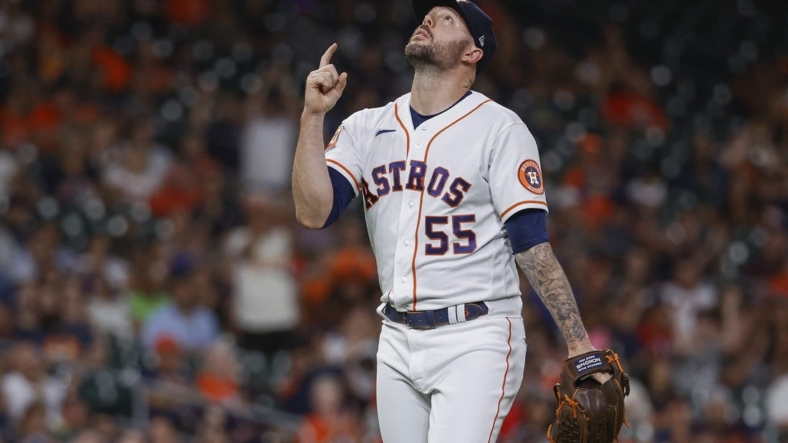 The move was retroactive to Monday.

The right-hander last pitched on Sunday against the Atlanta Braves when he recorded his 25th save of the season. Pressly, 33, is 3-3 with a 3.11 ERA in 39 appearances.

“His neck is not any better. About the same or worse,” Houston manager Dusty Baker told reporters prior to Thursday’s home game against the Minnesota Twins.

Baker also said that outfielder Chas McCormick will likely be sidelined two days with a dislocated finger. McCormick injured his right pinky finger on Wednesday while trying to get back to first of a pickoff attempt in the seventh inning. He left the contest.