A’s trade 1B Matt Olson to Braves; Freddie Freeman’s future up in air 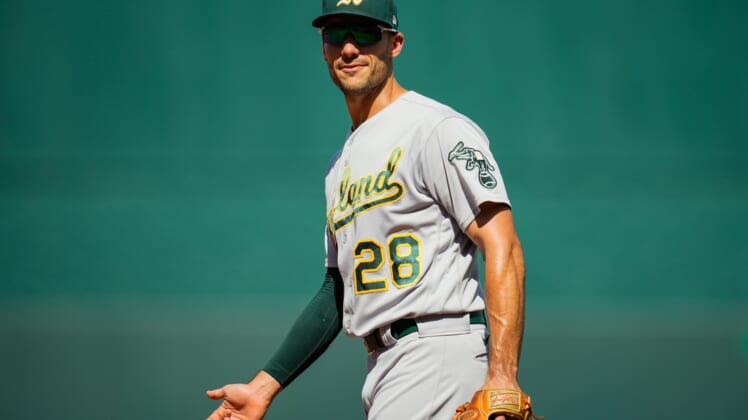 In return, the A’s will receive outfielder Cristian Pache, catcher Shea Langeliers, and right-handed pitchers Ryan Cusick and Joey Estes. Pache is the Braves No. 1 prospect, Langeliers is No. 2, Cusick is No. 6 and Estes is No. 14, according to MLB.com.

Freeman is a free agent, and he and the Braves didn’t reach agreement before the MLB lockout in December. Rumors have been swirling since the lockout was lifted late last week that Freeman, a native Southern Californian and the 2020 National League MVP, could wind up with the Los Angeles Dodgers. The New York Yankees are among other teams reportedly interested in Freeman.

Olson, 27, played five-plus seasons with the A’s. A two-time Gold Glove winner, Olson was a first-time All-Star in 2021 and finished eighth in American League MVP balloting.

The trade of Olson is the latest indication the A’s are entering a rebuild.

Langeliers, 24, spent the bulk of last season at Double-A Mississippi and a handful at Gwinnett. Between the two stops, he hit .256 with 22 home runs and 53 RBIs in 97 games.