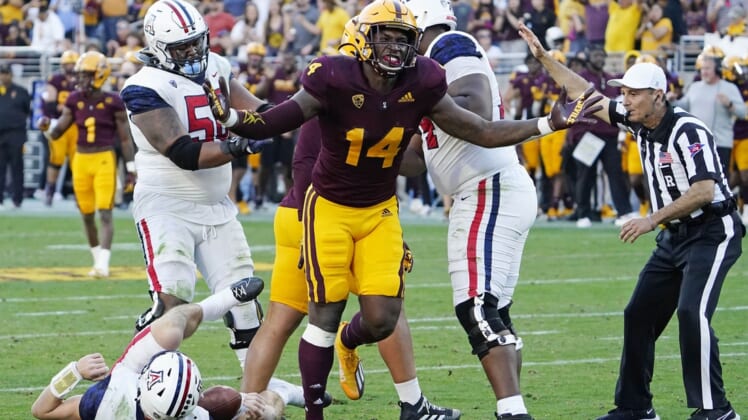 Arizona State defensive lineman Stanley Lambert is facing two drunk-driving charges in connection with the death of a pedestrian in Scottsdale, Ariz.

Lambert allegedly struck and killed Norah Bruther, 23, of New Jersey, who was visiting the area, Fox 10 in Phoenix reported. She was attempting to cross Camelback Road in Scottsdale when she was hit early Saturday morning.

Lambert was booked on two charges, including one for allegedly having a blood-alcohol content of 0.08 percent or more. Additional charges could be filed, police told the TV station.

The Arizona State athletic department issued a statement on Sunday.

“We are aware of the tragic situation over the weekend involving one of our student-athletes. Our thoughts are with the family and friends of all involved. We are still gathering information and we do not have any other statement at this time.”

Arizona State Sun Devils statement on arrest of Stanley Lambert for DUI-related charges in fatal crash, via The Athletic

The 6-foot-4 Lambert is a redshirt senior from San Antonio. He appeared in six games for the Sun Devils last season and made three tackles and added two sacks for 17 yards.

Lambert was a three-star recruit in the Class of 2018.