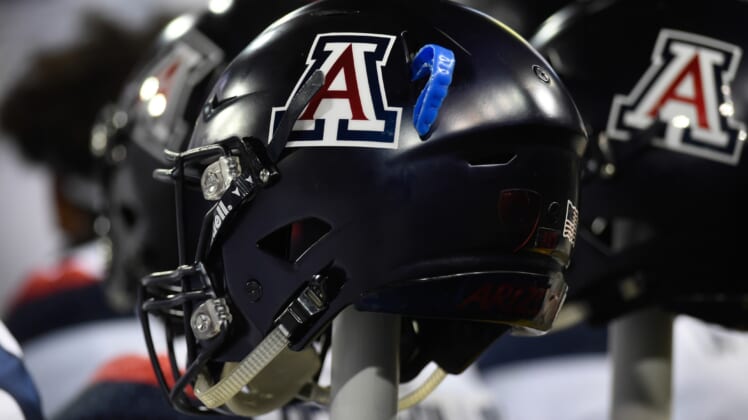 Arizona’s athletic department announced Friday that the men’s basketball program received a notice of allegations from the NCAA.

The university didn’t release details of the allegations against the program.

“In order to protect the integrity of the ongoing enforcement process, the University is not releasing the NOA at this time,” the school said.

Arizona Board of Regents Chair Larry E. Penley said the allegations will be discussed next week.

“The Arizona Board of Regents will meet in executive session next week to discuss the NCAA’s Notice of Allegations issued to the University of Arizona,” Penley said in a statement. “The board recognizes that the issuance by the NCAA of a Notice of Allegations is another step in its comprehensive enforcement process. Maintaining the integrity of the process, while frustratingly slow, has been and remains essential and we look forward to an expeditious resolution.

“The board has confidence in President (Robert) Robbins and his commitment to the highest integrity in academic and athletic matters.”

The Arizona program has been under scrutiny for more than three years. Then-assistant Emanuel “Book” Richardson was arrested in September 2017 as part of a federal investigation into illegal recruiting practices.

Richardson told undercover FBI agents in June 2017 that he paid $40,000 to a high school coach to make sure Rawle Alkins was academically eligible to play for the school. Alkins played two seasons with the Wildcats from 2016-18.

Richardson pleaded guilty in January of 2019 to accepting $20,000 in bribes to steer players to Christian Dawkins’ sports management companies and other financial planners.

Richardson was sentenced to three months in prison and two years of probation for his role in the corruption scandal.

During a trial in New York in April of 2019, an FBI wiretap suggested Wildcats coach Sean Miller “fronted” the deal to land highly recruited center Deandre Ayton to the school.

The call was intercepted on June 2, 2017, with Dawkins discussing the situation with business partner Munish Sood. Another call played in the courtroom recorded Richardson telling Dawkins that Miller was paying Ayton $10,000 a month.

Ayton ended up signing with Arizona and playing one season before becoming the No. 1 overall pick in the NBA draft.

In February 2018, when allegations were first reported that Miller was involved with paying Ayton, he vehemently denied it.

“Let me be very, very clear: I have never discussed with Christian Dawkins paying Deandre Ayton to attend the University of Arizona,” Miller said. “In fact, I had never even met or spoke to Christian Dawkins until after Deandre publicly announced that he was coming to our school. Any reporting to the contrary is inaccurate, false and defamatory.”

When the Ayton allegations first emerged, Miller didn’t coach the Wildcats’ game at Oregon while the university investigated.