Arizona Coyotes deny reports that team is for sale 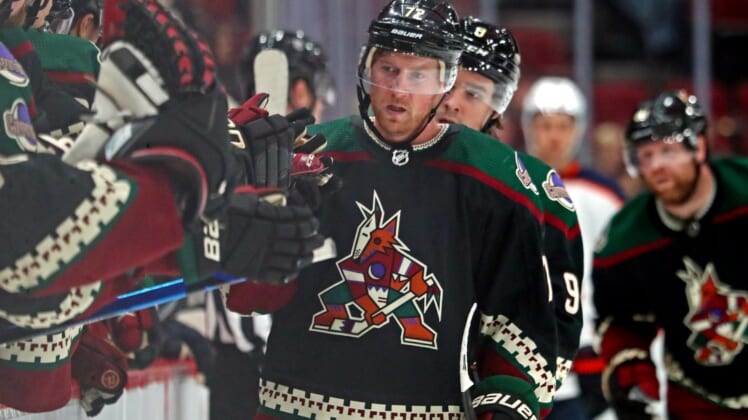 The Arizona Coyotes are denying a Forbes.com report that claims the franchise is for sale and could relocate to Houston.

“This is false,” the team said in a statement released Thursday. “Totally false. We’re not selling. We’re not moving. The Coyotes are 100 percent committed to playing in Arizona.”

The future of the Coyotes in Arizona has been murky since August, when officials from the City of Glendale decided not to renew the operating agreement for Gila Rivera Arena following this season.

The Coyotes have to vacate the arena by June 30, 2022. The team is searching for a temporary home as it pursues a proposed $1.7 billion development in Tempe.

The Coyotes began playing in Glendale during the 2003-04 season.

The Phoenix suburb is also home to the NFL’s Arizona Cardinals.