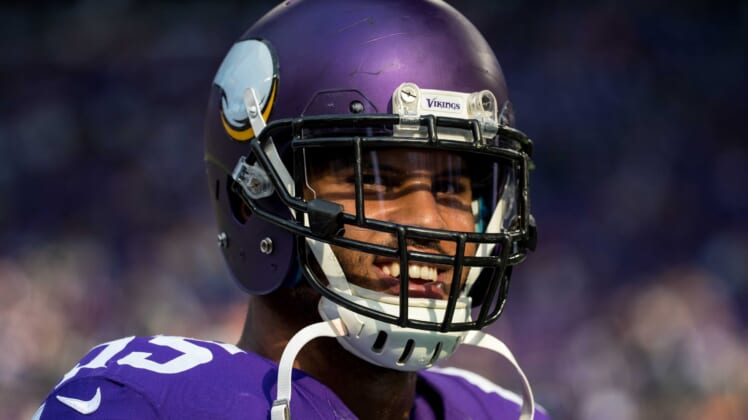 The Minnesota Vikings made linebacker Anthony Barr an offer he couldn’t refuse, leaving the New York Jets high and dry in the process.

According to Mike Garafolo of NFL Network, Barr opted to re-sign with the Vikings in free agency rather than go to New York, as it’s previously been reported he would do.

Plot twist! LB Anthony Barr has decided to agree to terms to remain with the #Vikings, sources say. He will not be a member of the #Jets after all.

Albert Breer of The MMQB added some context about what occurred.

Barr committed to the Jets last night, then told them he had to sleep on it. Vikings upped their offer. Barr slept on it. And here we are. https://t.co/yJ0bf79hN2

Additionally, Barr will reportedly take less money to remain in Minnesota, which is a rare deal these days.

Barr, by the way, is taking less to stay. https://t.co/jvqt0jSWHs

This is a stunning turn of events. Barr was set to join high-priced free agent C.J. Mosley to give the Jets one of the best linebacker groups in the league. Now he’ll be back in Minnesota playing for Mike Zimmer for the foreseeable future.

Barr is a tremendous all-around linebacker. Last season, he recorded 55 tackles, eight tackles for loss, four quarterback hits and three sacks. In his first five years as a pro, he’s notched 338 tackles, 13.5 sacks and one interception.