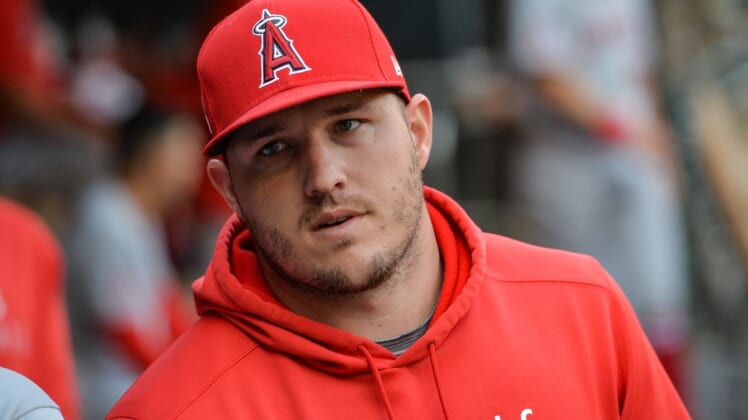 Los Angeles Angels manager Joe Maddon all but told reporters Wednesday the three-time American League MVP, who has a lingering right calf injury, was done for the year without saying he’d been ruled out officially.

“I’m not anticipating anything to change in regards to him playing,” Maddon told reporters from Chicago, where the Angels and White Sox will conclude a three-game series Thursday afternoon.

Trout, 30, was in the dugout at Guaranteed Rate Field Wednesday night. He has been out since May 17 after straining his calf. He did not expect to be out this long when he was first injured, but calf soreness as he increased his workouts has hindered his return.

“One of the hardest things I’ve been through in my career,” Trout said last month of recovering from the injury. “It’s frustrating, and obviously I want to be back soon, but I gotta be smart. I can’t go out there and compensate and something else happens. I gotta make sure this thing is fully right before I go back out there.”