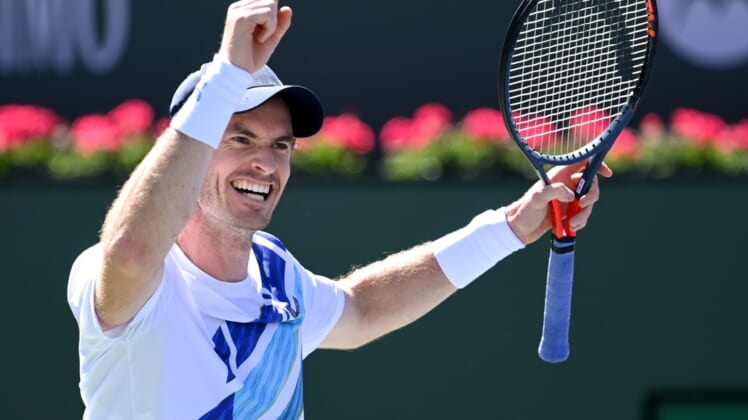 Great Britain’s Andy Murray became the fourth active player to record 700 career wins, hitting the milestone Friday in the opening round of the BNP Paribas Open in Indian Wells, Calif.

The result makes Murray the 18th player ever to win 700 times on the ATP Tour. Among his contemporaries, Murray trails only Switzerland’s Roger Federer (1,251), Spain’s Rafael Nadal (1,043) and Serbia’s Novak Djokovic (991). The all-time record-holder is the United States’ Jimmy Connors with 1,274.

Regarding his rally from a one-set deficit, the 34-year-old veteran joked, “I’m old now so these 11 a.m. starts, it takes me a bit of time to get going. But Taro played extremely well. He’s started the year very well.”

Murray won the U.S. Open in 2012 and Wimbledon in 2013 and 2016. He has been slowed by injuries in recent years, and he underwent two hip surgeries.

Murray advances to a second-round match against 31st-seeded Alexander Bublik of Kazakhstan. Like all of the tournament’s top 32 seeds, Bublik received a first-round bye.