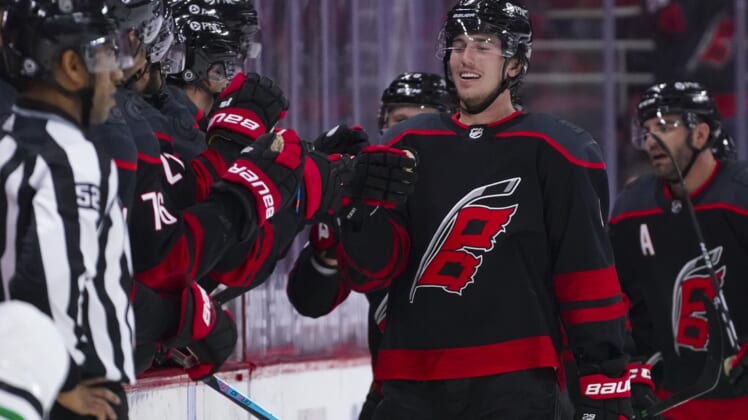 The Anaheim Ducks acquired Haydn Fleury from the Carolina Hurricanes on Monday in exchange for fellow defenseman Jani Hakanpaa and a sixth-round pick in the 2022 NHL Draft.

Fleury, 24, has recorded one goal for his lone point in 35 games this season. He is playing in the first season of a two-year, $2.6 million contract.

Fleury has 24 points (five goals, 19 assists) in 167 career games since being selected by the Hurricanes with the seventh overall pick of the 2014 NHL Draft.

“He’s a young defenseman, big kid, skates very well, always has,” Ducks general manager Bob Murray said. “He’s kind of been stuck in Carolina behind a real good, solid defense and hasn’t been given a good opportunity. I think he needs the chance to have some consistency. This is a good opportunity for him and for us.”

Hakanpaa, 29, has notched an assist for his lone point in 42 games this season with the Ducks. He has one goal and one assist in 47 career games.