Amanda Nunes’ bantamweight title defense against Julianna Pena at UFC 265 is off after Nunes tested positive for COVID-19. 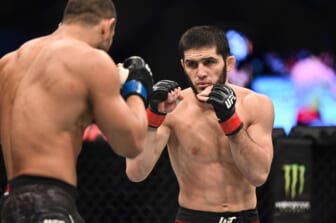 MMA Junkie reported that the Nunes-Pena fight could be rescheduled for December.

Nunes would have entered the fight with a 12-match winning streak on her side. The Brazilian jiu-jitsu practitioner hasn’t lost since September 2014 and has defeated Ronda Rousey, Miesha Tate, Cris Cyborg and Holly Holm in that time.