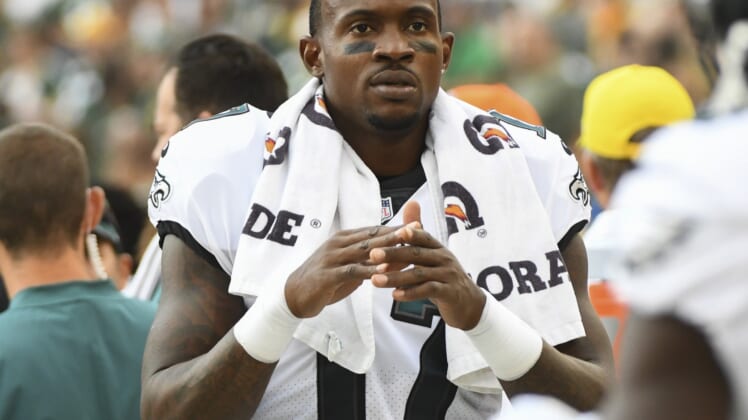 For the second consecutive year, Philadelphia Eagles wide receiver Alshon Jeffery put his body on the line and played through extensive pain in the playoffs.

While it didn’t have a fairy tale ending this time, as Jeffery’s drop turned into a game-sealing interception, the veteran showed how much he is willing to put on the line for his teammates.

Jeffery hung around immediately after the game to answer questions from reporters about his huge drop on the final drive. What he didn’t reveal was a diagnosis from earlier in the week that he has several cracked ribs.

Adding context to #Eagles WR Alshon Jeffery’s day. He played today’s game with cracked ribs, which teammate Lane Johnson disclosed to reporters. An MRI earlier in the week revealed the injury, but he played through it. Jeffery also hung tough answering every question post-game

It’s no wonder Jeffery’s teammates quickly went to bat for him after the game. He played a deciding role in Philadelphia’s Super Bowl win over the New England Patriots last season with a torn rotator cuff.

The 28-year-old is clearly one of the most respected and beloved players in Philadelphia’s locker room. Even after a crushing loss with a missed opportunity he’ll never forget, Jeffery should remain beloved by the team, city and fan base as a true representation of everything Philadelphia represents.