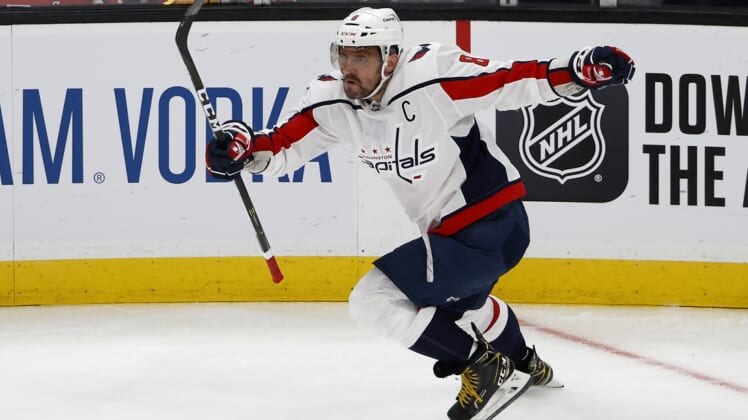 May 19, 2021; Boston, Massachusetts, USA; Washington Capitals left wing Alex Ovechkin (8) celebrates his goal against the Boston Bruins during the second period in game three of the first round of the 2021 Stanley Cup Playoffs at TD Garden. Mandatory Credit: Winslow Townson-USA TODAY Sports

Superstar captain Alex Ovechkin remains optimistic that he will reach a contract extension with the Washington Capitals.

Ovechkin, 35, will become an unrestricted free agent this summer when his 13-year, $124 million contract officially expires.

“I’m confident; we still have time,” Ovechkin said on Tuesday. “Obviously, I want to finish my career here. I’m pretty sure we will do something soon.”

Ovechkin was part of the franchise’s lone Stanley Cup-winning season in 2018, however he has also seen his team unceremoniously eliminated in the first round of each of the last three years. The Capitals were eliminated on Sunday following a five-game series loss to the Boston Bruins. 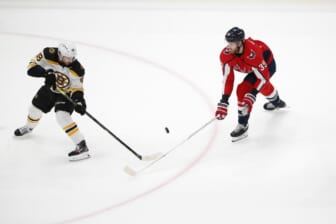 Capitals owner Ted Leonsis is on record of saying he wants to keep the three-time Hart Trophy recipient with his team.

“Alex knows that if he plays five more years, 10 more years, whatever it is, we’ve got his back,” Leonsis told The Athletic last month. “Our commitment to him is to continue to have great teams. We’ll spend to the cap; we’ll try to win championships. And that’s what he’s focused on, because that will be his legacy.”