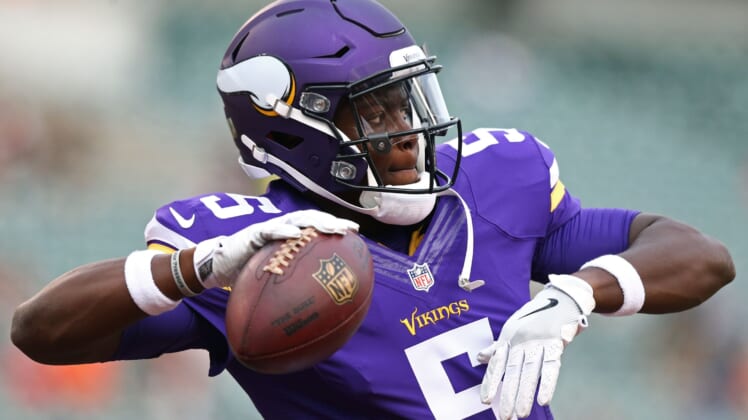 We’ve heard about how horrific the Teddy Bridgewater injury was from second-hand sources. Now we have a first-hand account of the devastating knee injury suffered by the Minnesota Vikings quarterback.

It’s important to remember, this is a guy in Boone who has seen terrible injuries for years now. Playing at the highest level football has to offer since his days at Ohio State, he’s see all manner of impact trauma. So you’d think he would be hardened to the effects of a traumatic injury.

Yet Boone wasn’t the only player to go into shock when Bridgewater’s knee went flailing around last week. Reports coming out of camp indicated many players immediately threw up after seeing what happened.

A noted injury expert has said the Vikings trainers saved Bridgewater’s leg, his career and possibly even his life on the field that day (more on that here).

Others have said the traumatic elements that occurred are more like what you’d expect from high-impact events. Yet Bridgewater’s injury occurred in a non-contact play.

The quarterback is set for surgery to repair his ACL and other structural elements in his left knee on Thursday. Our thoughts and prayers are with him and his family as he goes under the knife and starts to recover.