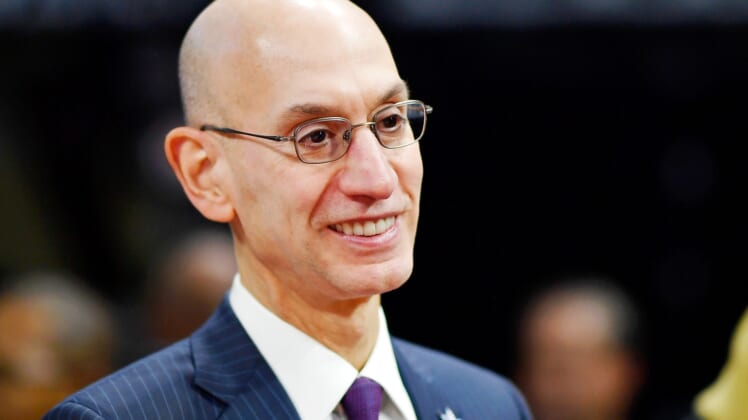 The NBA will once again resume its postseason Saturday after a three-day hiatus. It’s been one of the biggest backstories in recent sports history.

Teams and players opting to boycott games as a way to protest racial injustice and police brutality in the United States following the shooting of Jacob Blake by a police officer in Wisconsin last weekend.

While there’s obviously been a lot of opinions regarding said boycott, it seems that the NBA is a united front.

In an email to employees around the Association, NBA Commissioner Adam Silver showed his full support for the protests.

This is in no way a big surprise. Silver has in the past supported those who have taken a stand against racial inequality in the United States, specifically targeting one big time opponent of said protests. He’s been in lock step with the players.

Under the leadership of Silver, the NBA has morphed into one of the more progressive leagues in North America. Once the season resumed at Walt Disney World in Orlando last month, we witnessed widespread national anthem protests. Staying true to form, Silver had no issues with said protests.

To be clear, the NBA is going to be under a microscope once the playoffs resume on Saturday. At the very least, it does not appear that internal division will impede progress on the back end.

It’s not yet known how NBA players plan to use their platform to help enact change. There’s likely going to be a lot more to this once the games actually tip off. After all, serious consideration was given to canceling the remainder of the playoffs altogether.