While the team didn’t disclose terms of either deal, ESPN reported Drummond agreed to a one-year pact for the veteran minimum. As for Springer, his draft slot calls for four years and $8.7 million.

“Andre is a great addition to the 76ers family. He is a two-time NBA All-Star who has consistently been one of the NBA’s very best rebounders and rim protectors,” 76ers president of basketball operations Daryl Morey said. “We’re excited to add a veteran player of his caliber to our roster and look forward to the impact he’ll make this season.” 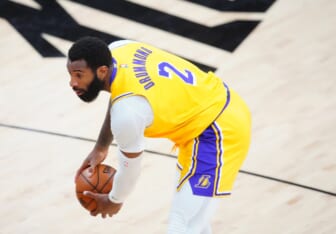 Drummond, who turns 28 next week, averaged 14.9 points and 12.0 rebounds in 46 games (all starts) last season split between the Cleveland Cavaliers and Los Angeles Lakers.