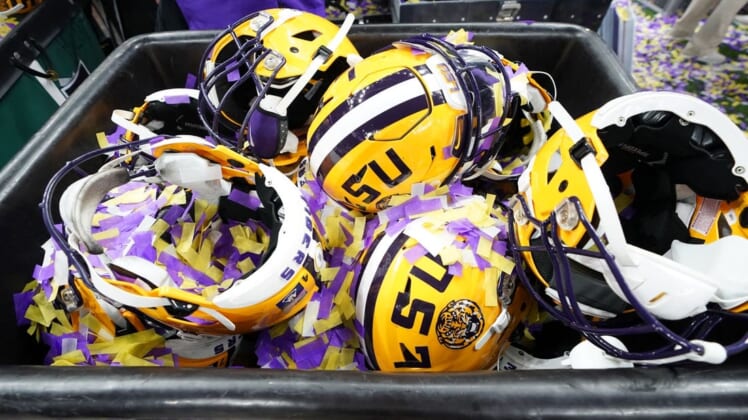 LSU coach Brian Kelly nabbed the first five-star prospect in his 2023 class with the commitment of wide receiver Jalen Brown.

Brown, who attends Gulliver Prep in Miami, committed to the Tigers on Friday. He visited LSU, Michigan and Miami in June.

The 6-foot-1 Kelly is ranked as the No. 4 wide receiver and No. 29 player overall in the class by the 247Sports composite. He is the second receiver in the Tigers’ 2023 class following three-star prospect Kyle Parker of Texas.

Brown is the seventh player to commit to the Tigers so far in July, giving LSU 13 members of the 2023 class.