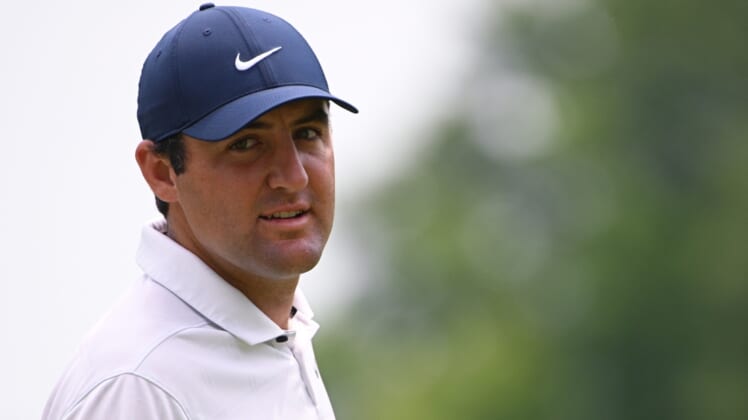 The second major of the year gets under way Thursday with the PGA Championship at Southern Hills in Tulsa, Okla.

NOTES
–Mickelson is only the third defending PGA champion in the past 75 years not to defend his title while he continues an extended break from the PGA Tour.
–Tiger Woods won the last time the event was held at Southern Hills in 2007. The course underwent a significant renovation led by Gil Hanse in 2018-19. Southern Hills played host to the 2021 Senior PGA Championship and was chosen as this year’s venue after the PGA of America pulled it from Trump Bedminster. The course’s two par-5 holes will each play longer than 630 yards this week.
–Woods will tee it up for just the second time since severely injuring his leg in a February 2021 car accident. The 15-time major champion is a four-time winner of the Wanamaker Trophy.
–Bryson DeChambeau is in the field after having taken a break since the Masters to heal from a wrist injury.
–The field also includes 20 PGA of America club pros who earned spots via qualifiers.
–Americans have won the past six PGA Championships.