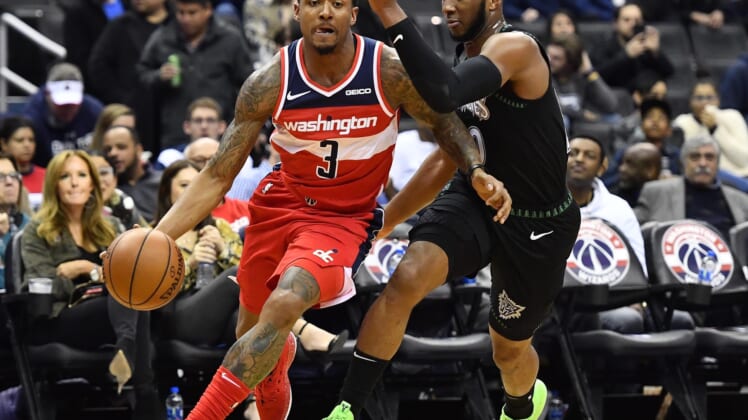 In what was a stunning and potentially franchise-altering event Thursday evening, the Minnesota Timberwolves earned the No. 1 pick in the 2020 NBA Draft. It’s the first time in history that Minnesota has actually moved up in the lottery. Let that sink in for a second.

Front office head Gersson Rosas now has an opportunity to change the direction of this long-downtrodden organization. He already made a big move ahead of February’s trade deadline, ridding Minnesota of Andrew Wiggins’ bloated contract while adding D’Angelo Russell to team up with fellow All-Star Karl-Anthony Towns.

Those two represent the building blocks in the Twin Cities. Although, Minnesota has an opportunity to add a third star to the mix. It can also decide to acquire a proven veteran for the first pick or trade down as a way to build more depth.

It’s in this that I look at the best-case scenarios for Timberwolves as they prepare to pick first in the 2020 NBA Draft in less than two months.

There’s two train of thoughts here. Russell has proven that he can be electric as a ball-dominant guard. Minnesota might not want to take that away from him. If this is the case, selecting Georgia shooting guard Anthony Edwards makes the most sense.

The 6-foot-5 Edwards averaged north of 19 points in his only season with the Bulldogs. He’s seen as a shoot now, and ask questions later type of player. On the other hand, Minnesota could go with another ball-dominant guard in that of LaMelo Ball. He’s a table setter at the point and already has plus-level range as a shooter.

The 2020 NBA Draft is seen as among the weakest in modern history. Although, that could work to the Wolves’ advantage. Basically, there’s three potential franchise cornerstones in that of Edwards, Ball and James Wiseman. With KAT aboard, Minnesota has no need to add Wiseman to the mix.

Could Rosas flip the first pick and a couple bad contracts to add a proven player to the mix? It’s a reasonable possibility. The likes of James Johnson, Jake Layman and Josh Okogie add up to $22 million against the cap in 2020-21. Realistically, the idea of picking up disgruntled Kings guard Buddy Hield could make sense. Minnesota could even add a couple lesser picks from Sacramento in the process. Orlando Magic forward Aaron Gordon could be an option here, too.

Trade down, pick up more assets

This possibility would include the Wolves adding both draft pick capital and a veteran player or two. Despite the star power of Towns and Russell, Minnesota is extremely thing. Outside of those two, it has two players returning next season who averaged nine-plus points in 2019-20 season.

Under this scenario, Minnesota moves down from the first selection to the bottom of the top-10 — picking up an additional pick in 2021 to make up for the Wiggins trade. Moving the above-mentioned James Johnson’s contract would help in this regard, too. Purely hypothetical, but a trade down with the Knicks at eight could potentially land Minnesota a 2021 first-round pick as well as veterans Dennis Smith and Kevin Knox.

Pull off the blockbuster trade

Flush with nearly $19 million in cap room during an offseason that’s going to see teams pinch pennies, Minnesota is in a unique position. It could use that $19 million, Johnson’s contract, the No. 1 pick and other salary fillers to add a third legitimate star.

The talk in Minnesota has been all about Suns guard Devin Booker. While the finances would work, it’s hard to imagine Phoenix parting ways with the rising star. If the team were to make that decision, Minnesota could potentially make it work.

Thinking more realistically, the likes of Bradley Beal, Ben Simmons and C.J. McCollum are likelier targets should the Wolves look to go in this direction.