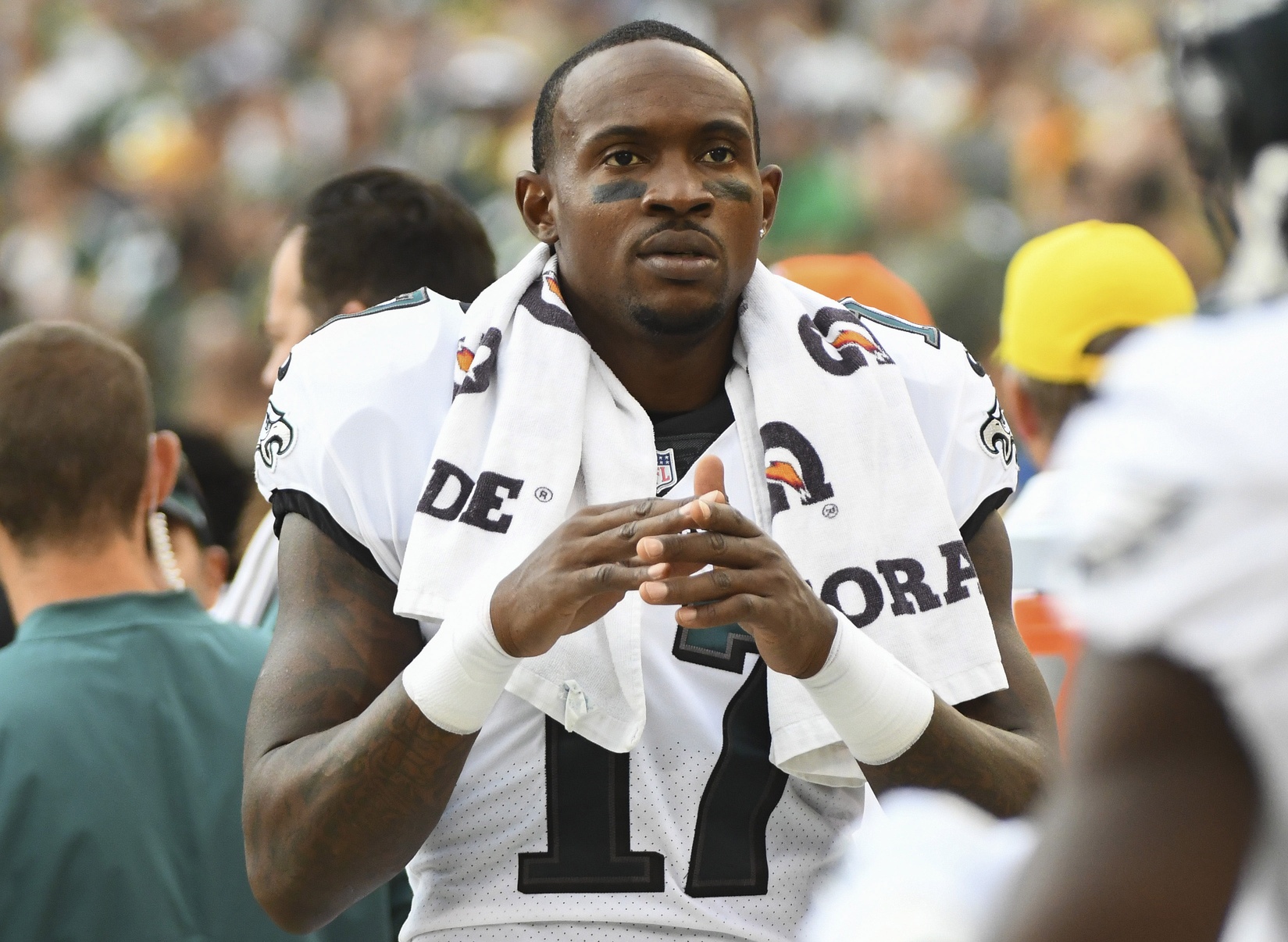 Philadelphia Eagles receiver Alshon Jeffery was unable to play Sunday night with a calf strain, and he may be out a while longer.

Ian Rapoport noted Monday that Jeffery’s status for the next couple of games “is in some doubt,” but did report the injury is “not major.”

Jeffery caught five passes for 49 yards and a touchdown in Week 1. He signed a four-year, $54 million extension in December of 2017 and is making just over $6 million this season.