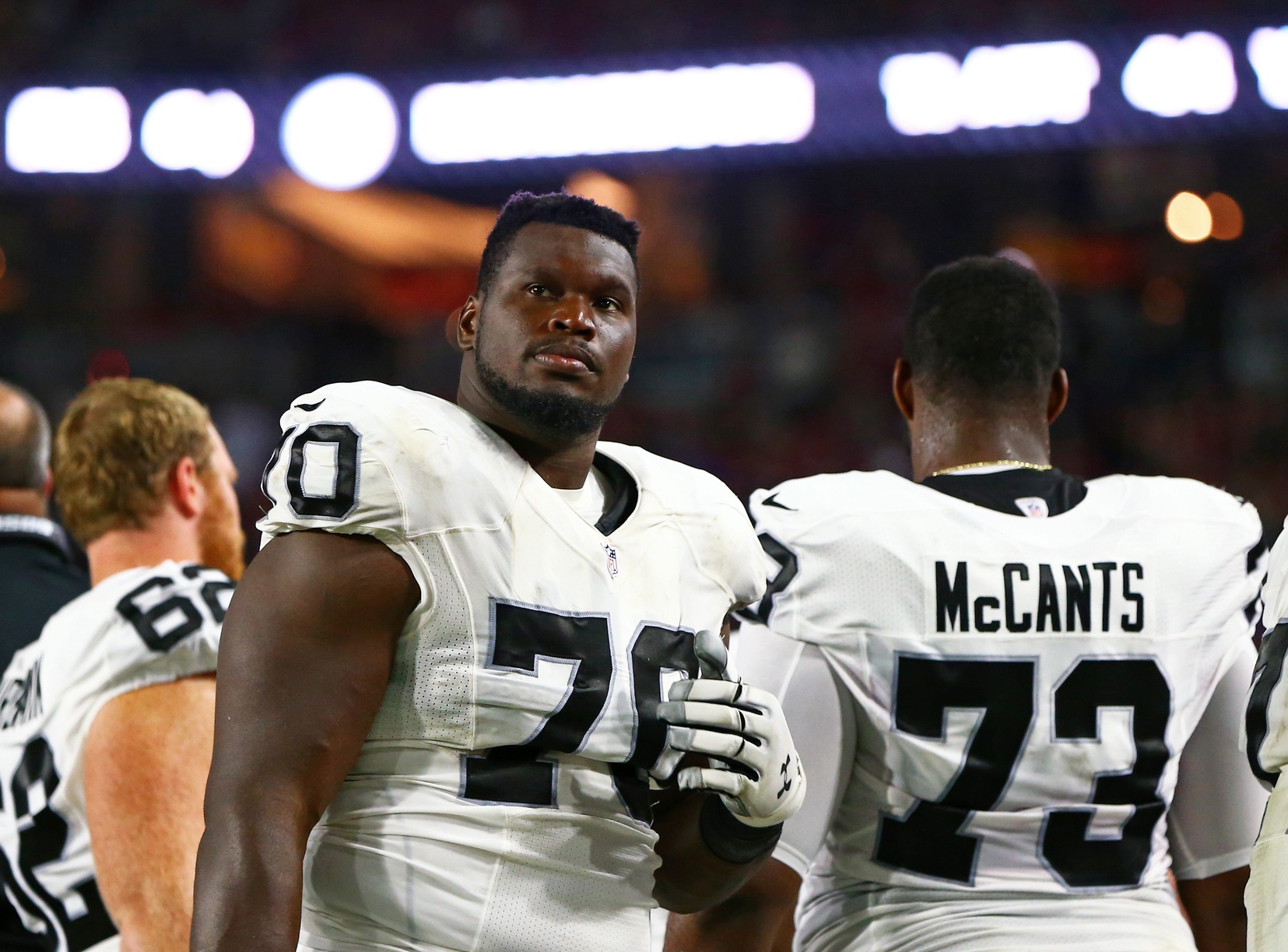 The New York Jets pulled off a trade with the Oakland Raiders on Sunday to acquire left guard Kelechi Osemele, the first of what should be many offseason moves to bolster the offense in 2019.

Osemele is a tremendously talented and dominant interior blocker who has two Pro Bowls under his belt, along with a First-team All-Pro nod in 2016. He signed a massive contract with Oakland in free agency just three years ago, so despite a poor 2018 season (the entire line struggled) it’s somewhat surprising to see the Raiders moving on so soon after that.

Regardless, it’s a huge score for New York, especially when you realize just how little the Jets gave up to acquire Osemele.

Not curious about terms anymore. The #Raiders will get a fifth-round pick for Osemele. Along with Osemele, the Jets get the Raiders sixth-round pick through Chicago. Considering they were considering releasing Osemele, a fifth better than nothing.

Even better, New York can cut Osemele after the 2019 season without any cap penalty if he doesn’t work out.

When he’s on his game, Osemele is true road grader in the run game, and a darn-good pass blocker before last year’s decline. He gives the Jets a rock-solid building block inside. He’ll instantly upgrade the run game and should provide better protection up front for second-year quarterback Sam Darnold.

Additionally, one wonders if the acquisition of Osemele might lead to another huge move for a player who sat last year out due to a contract dispute with Pittsburgh.

Even if Le’Veon Bell isn’t signed by the Jets, this move — which, again, cost New York a bag of peanuts — is a tremendous first step for a team that needs to ace the offseason in order to move forward with a franchise quarterback.