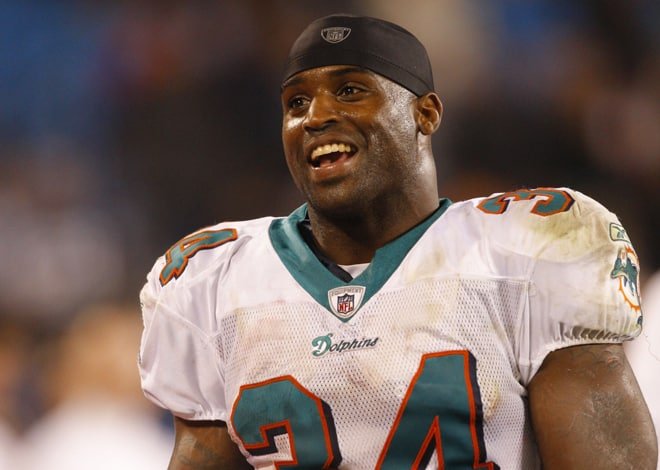 Apparently, the Alliance of American Football league and the XFL were not enough to offer alternatives to the NFL.

With both of those leagues set to get going here, there’s another spring league set to take off.

Former NFL running back Ricky Williams announced on Thursday that he’s joining forces with Terrell Owens, among others, to form the Freedom Football League.

“The Freedom Football League is the perfect integration of my passion for social justice, economic equality and health and wellness, with my life-long dedication and love for professional football,” Williams said in a statement, via ESPN. “As much as I’d like to throw on the pads and play, this league is designed to bring competitive football back to the masses, providing players and fans alike with the economic benefits of owning stake in a team, while also ensuring players are empowered to use their public platform for social good.”

Well, isn’t that something?

Based on Williams’ statement, the FFL will stand in stark contrast to the NFL. His focus on social justice and economic equality is a clear shot across the bow.

History suggests that maybe one of these three new leagues will have somewhat of shelf life.

In calling this a spring league, Williams and Co. are not going up against the monopoly the NFL has created during the fall and the winter. That’s certainly a positive.

We’re sure to hear more about this new league in the coming weeks and months. Until then, call us skeptical.