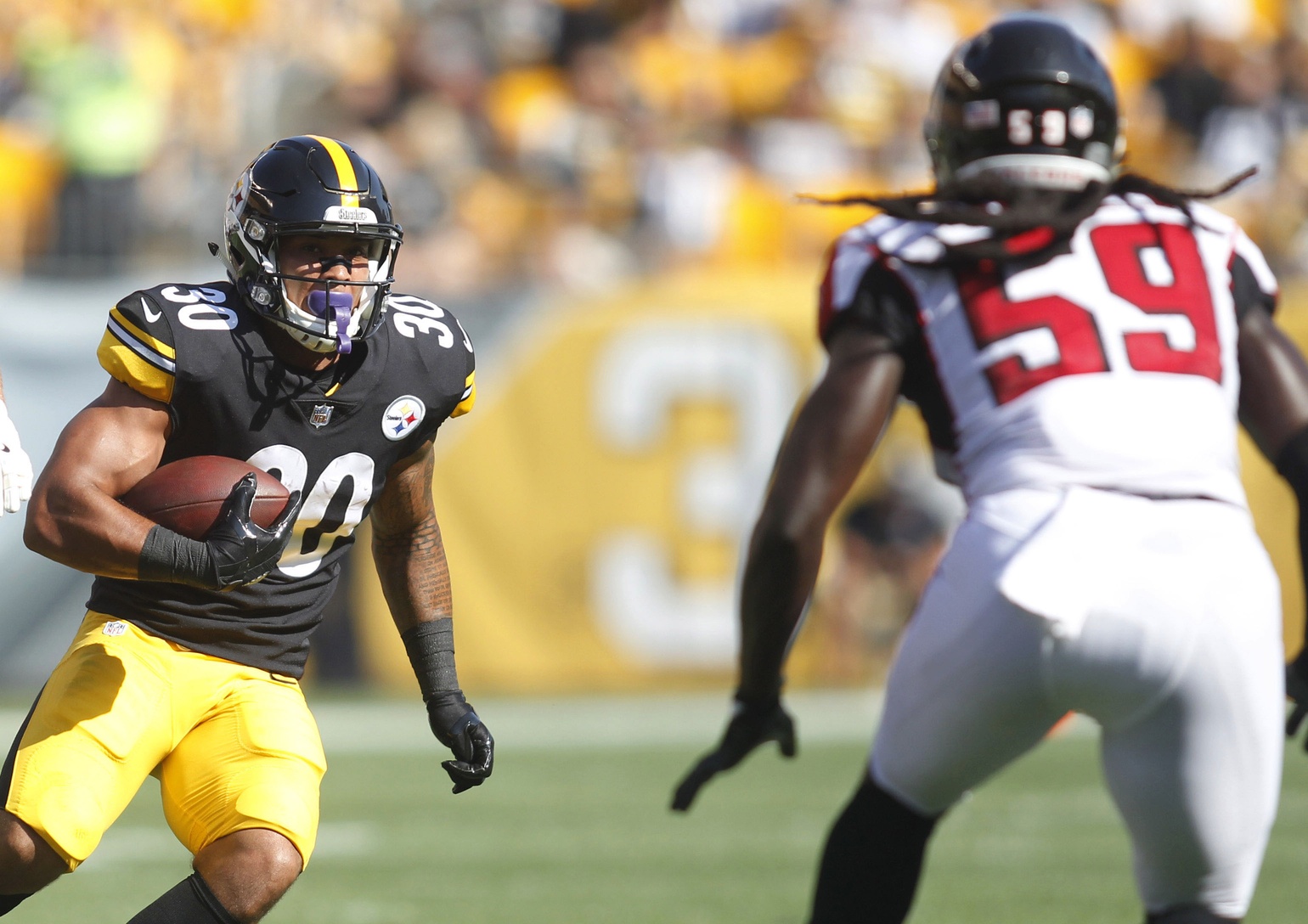 Le’Veon Bell did not report to the Pittsburgh Steelers in time for their Week 1 game against the Cleveland Browns. James Conner made sure that didn’t matter whatsoever.

The second-year back out of Pittsburgh is having a phenomenal game. With more than five minutes remaining in the third quarter, he’s racked up 90 yards and two touchdowns on the ground, adding another 32 yards on three receptions.

Very Le’Veon Bell-esque numbers, if I do say so myself.

It’s for this reason — at least in part — that the Steelers haven’t been interested in making Bell the richest running back in the history of the league.

Twitter users agree, and they had some funny takes on the whole thing.

James Connor waiting for Le'veon Bell to come back for his spot like #Steelers #NFL #DothrakiTailback pic.twitter.com/odNuumaIem

Le’veon sitting down to watch the Steelers today like: “hahaha, lets see how this goes for them. They NEED me.”

*James Conner scores his 2nd rushing TD of the day.*

Every time James Conner rushes the ball just makes me think that Le’veon isn’t getting his job back.

LeVeon Bell watching all his potential money slip away as James Conner take over the game. pic.twitter.com/2doBVc5Njo

Le'Veon Bell: I'm sitting out to protect my value

@LeVeonBell reporting next week after watching James Conner show out this week pic.twitter.com/CuPy1YbvP9