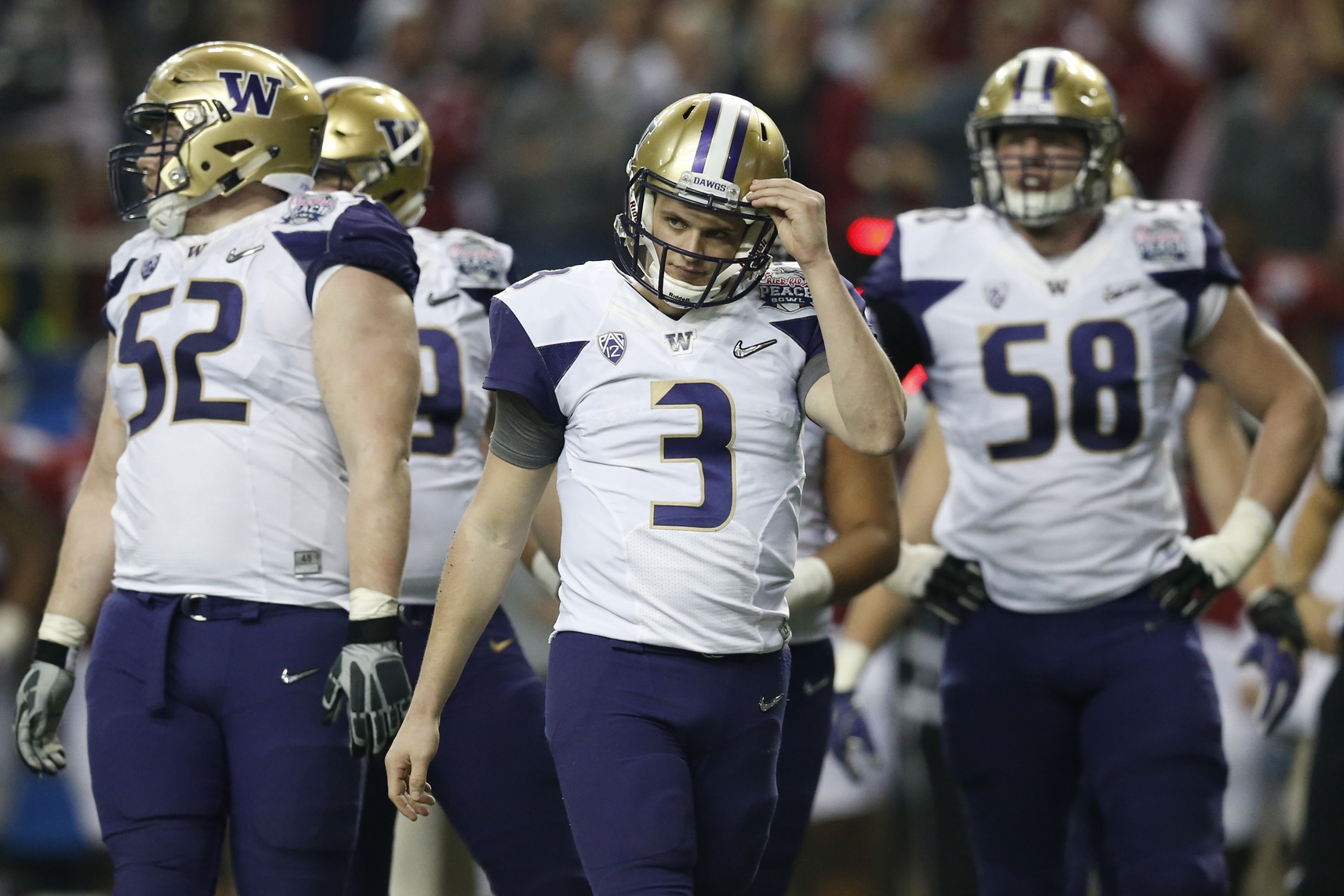 There are few things as controversial in college football as the targeting penalty. Often the ire of many fans and sometimes the whole country, it can drastically change a game.

During Saturday’s game between the Auburn Tigers and Washington Huskies, a missed targeting called sent people into a rage. During a critical drive for the Huskies, quarterback Jake Browning was drilled near the head by Auburn’s defensive end Big Kat Bryant.

Somehow, the referees missed the clear targeting call when there was direct helmet-to-helmet contact. After replays showed the targeting by Bryant, Twitter immediately erupted over the non-call.

That should have been a targeting penalty on Auburn for that hit on Jake Browning. Huge non-call, Washington got hosed!

How is that not targeting against Auburn there?

Number 1 for Auburn should be ejected. That was the most blatant targeting hit in Browning for Washington I have ever seen. Horrible job by the official. That may cost Washington the game.

I don't think that's targeting but absolutely no one knows what targeting is so it's probably targeting.

The #NCAAFootball targeting rule is absolute garbage! How do you miss the call on the Auburn player hitting the Washington QB. If you don't call that one, not a single targeting call should be made all season.

The officials in Washington-Auburn are even more confused about what is and is not targeting than the officials in most college football games.
And that's saying something because targeting calls are terrible in most games.