Everything had to go according to plan. If Draymond Green had not been suspended for Game 5 of the 2016 NBA Finals, the current version of the two-time defending NBA champion Golden State Warriors would look much different.

It certainly wouldn’t include back-to-back NBA Finals MVP Kevin Durant, who signed with Golden State mere weeks after Steve Kerr’s squad dropped that year’s Finals to the Cleveland Cavaliers in seven games. The Hamptons Five would never have been a thing. Heck, Durant wouldn’t have even taken a visit with the Warriors that summer.

Tuesday represents the two-year anniversary of Golden State losing to LeBron James and Co. in one of the best Finals in NBA history. It’s also mere weeks after this year’s version of the Warriors wrapped up a four-game sweep over the above-mentioned Cavaliers to win their second consecutive title and third in four years. 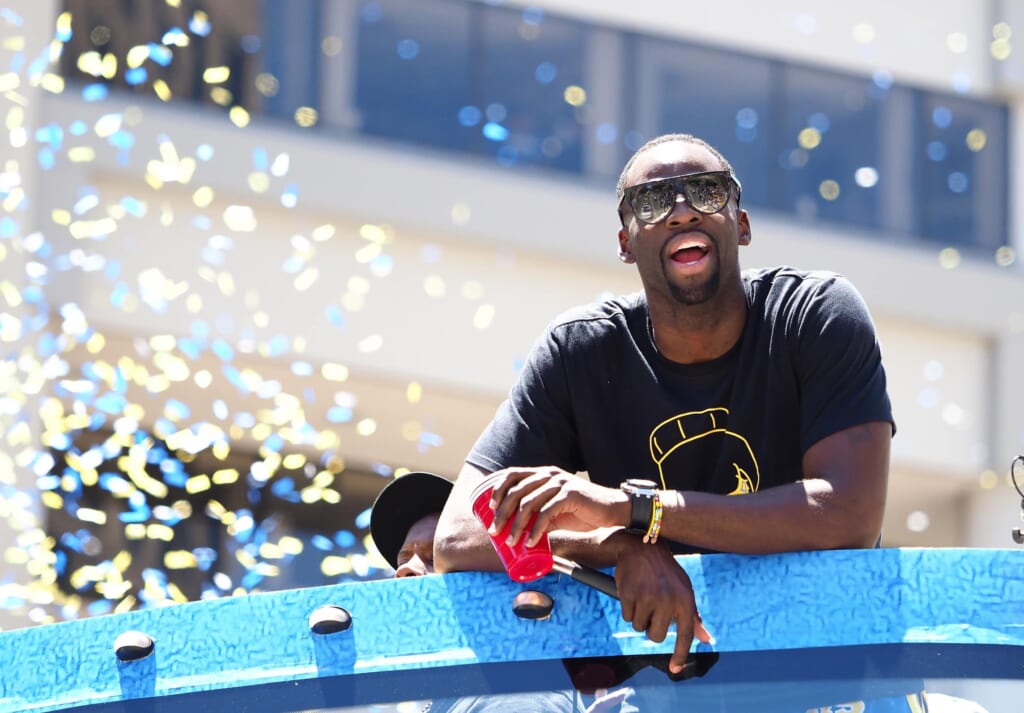 Looking back from the Warriors’ current place at the mountaintop of the NBA, a dynasty of sorts, it’s intriguing to realize what could have been.

Without Durant in the mix, Golden State would have exhausted a max contract on a player in Harrison Barnes who shot 35 percent from the field in the 2016 NBA Finals. While certainly a decent player with the Dallas Mavericks, he’s not even in the same stratosphere as Durant.

That’s the first point. And it’s an absolute whopper. After all, Barnes earned just $1.9 million less than Durant last season. Remember, Durant took a pay cut so Golden State could retain free agents Andre Iguodala and Shaun Livingston last offseason. That would not have been possible if Golden State missed out on Durant initially and retained Barnes on a max contract.

Durant has made it clear in no uncertain terms that he would not have signed with the Warriors if they ultimately won the 2016 NBA Finals. It’s certainly a what could’ve been situation, epecially with Durant’s then Oklahoma City Thunder squad also blowing a 3-1 series lead against the Warriors in the Western Conference Finals that May. 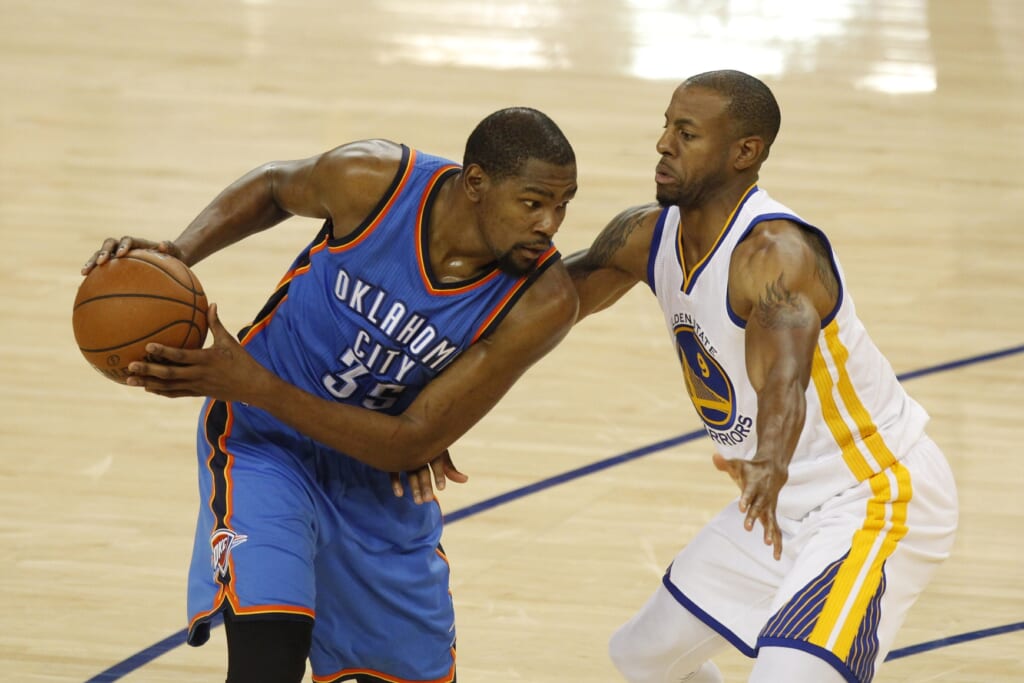 In a vacuum, these on-court scenarios not only enabled Golden State to add Durant, it allowed the team to retain two key cogs in that of Iguodala and Livingston.

From a league-wide perspective, Golden State’s meltdown in the 2016 NBA Finals also changed the trajectory for pretty much every other team around the Association. That includes LeBron James and the Cavaliers.

If it weren’t for Durant, there’s a reasonable expectation that Cleveland would have defeated Golden State in the past two Finals. Heck, there’s certainly a chance the Warriors wouldn’t have even made it to the championship round this year.

In that case, any idea of LeBron moving on in free agency this summer would have been thrown out the window. In fact, the now infamous Kyrie Irving deal to Boston likely never would have come to fruition. Championships repair relationships and enable opposing personalities to mesh. Just look at the NFL’s New England Patriots as an example.

Out west, the Houston Rockets wouldn’t have sold their souls for an opportunity to dethrone Golden State. Meanwhile, the reality of this other-world scenario likely would have meant a Durant return to Oklahoma City. In that case, the Indiana Pacers trading Paul George to OKC wouldn’t have even been bandied about as a possibility. Heck, Carmelo Anthony might still be rotting away in New York City.

In the history of sports, certain events change the future for better or worse. What if New York Jets linebacker Mo Lewis had not laid the season-ending hit on then New England Patriots quarterback Drew Bledsoe back in Week 2 of the 2001 NFL season? Would the legend of Tom Brady have ever been realized? If not, the New England Patriots’ dynasty of the past two decades would have never come to fruition.

With three titles in the past four years and no real end in sight, we’re witnessing the same exact thing with the Warriors. A Draymond Green suspension. A rare playoff loss at home. The Cleveland Cavaliers’ first ever title. If this had not happened, today’s NBA landscape would be much more different.

And the Warriors themselves likely wouldn’t be in the midst of a dynasty.