Established MLB stars like Mike Trout, Mookie Betts, Manny Machado, and Justin Verlander have all thrived in 2018. But a number of other big name players have had a hard time over the first two months of the MLB season. There is some good news, though. The future looks a lot brighter.

Guys like Anthony Rizzo and Paul Goldschmidt have struggled so much compared to what we’ve seen that logically, a strong final four months is almost inevitable. Andrew McCutchen is struggling in a new home. But he’s also entering a time of the year that’s been kind to him.

But hitters aren’t the only ones that have a brighter outlook. Pitchers like Ken Giles and Zack Greinke both figure to be much better over the final four months than they were through the first two.

These are 10 struggling stars poised to break out through the rest of 2018.

Note: The stats cited are accurate through play on Sunday, May 27.

It’s never ideal to struggle early in a new place. Still, there’s plenty of reason to believe that better days are ahead.

Given that his current ERA (4.50) is more than two points higher than his career mark entering the season (2.29), some concern is natural. Has the 30-year-old reliever lost his stuff? Not really.

Betances’ 1.18 WHIP, 15.5 K/9, and 2.9 BB/9 are all in line with the rest of his career. What’s done Betances in has been his 1.6 HR/9 rate. That’s bad. But we also have to remember that with relievers, stats like that get skewed. He’s allowed only four home runs. We’d be concerned with the home run totals if his other stats showed even the slightest bits of regression. As it is, though, we expect a fantastic final four months from Betances. 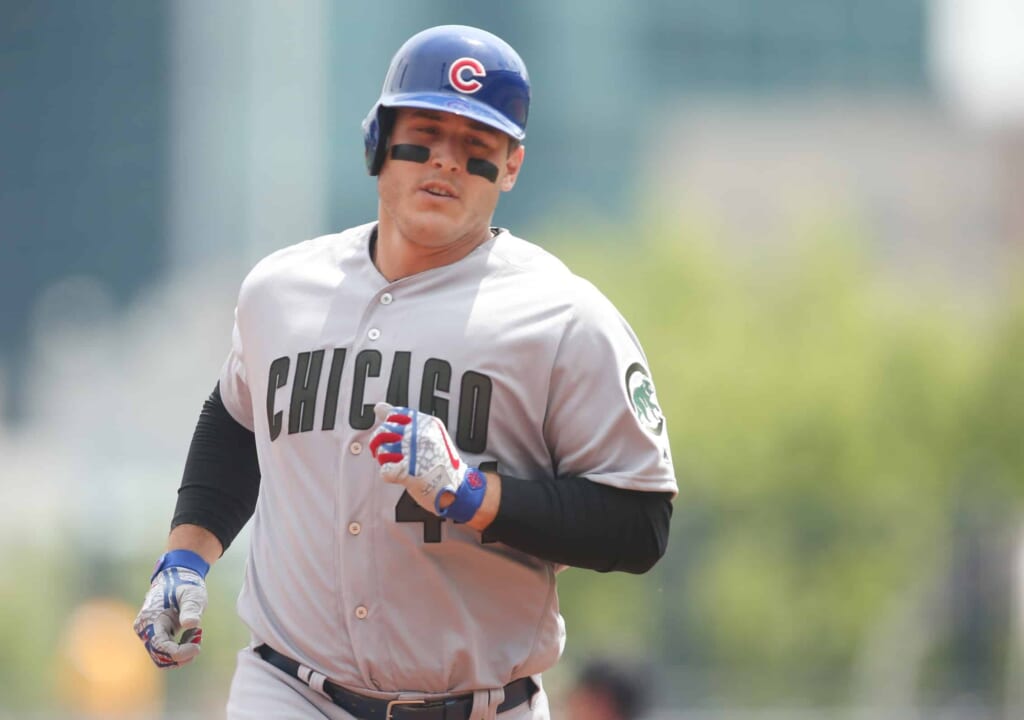 Nobody ever wants to face Mike Trout with men on base, and for good reason. As such, the man hitting in front of him should expect to see hittable pitches. For most of 2018, that man has been Cozart. Just one year ago, Cozart slashed at .297/.385/.548, hit 24 home runs in only 122 games, and made the All-Star Game.

He may not repeat that. But he’s a very capable hitter. As such, we’re looking at his current .238/.316/.403 line to vastly improve as he continues to get challenged by opposing pitchers. 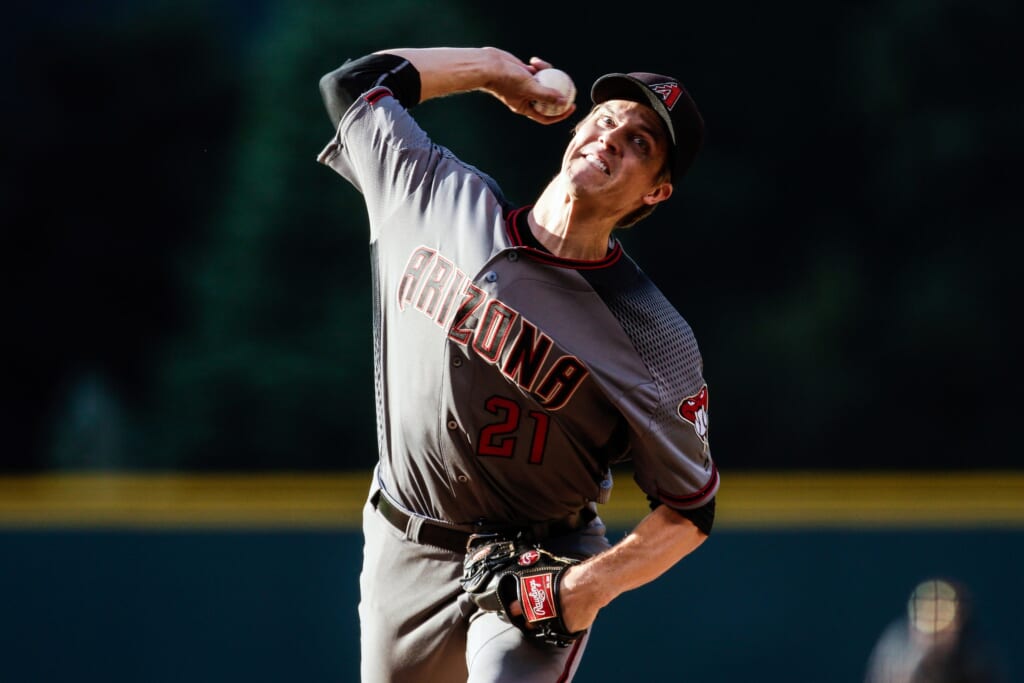 Greinke’s 3.65 ERA is certainly worse than what we’ve come to expect. He’s allowing home runs and hits in general at a higher clip than he did last year. Given that Greinke is 34, there’s some reason for concern. Fortunately, that’s largely negated by the fact that Greinke’s K/9 rate (9.7) is slightly better than last year’s (9.6) and much better than his career’s (8.2).

If you want to be concerned about the hits, home runs, and ERA, go ahead. But if Greinke was just getting more hittable with age, he wouldn’t be missing bats like that. As such, we expect a turnaround.

As is the case with all of these players, we’re not saying that Ozuna can’t just be in the midst of a bad year. But given that Ozuna actually striking out at a lower rate this year and that he’s 27, the ideal age for power hitters, we’re not expecting him to struggle to hit even 10 home runs. It certainly feels like a nice uptick could be on the horizon.

A 5.06 ERA is always ugly, especially for a closer on a World Series contender. But nearly all of that damage came in two outings, when he went a combined one-third of an inning and allowed seven earned runs. In his other seven outings, Giles has a spectacular 1.15 mark.

So what are you going to use to predict Giles going forward? Two terrible outings, or seven fine ones? We’re going to trust the bigger number and say that Giles will be one of the best relievers in the league going forward. 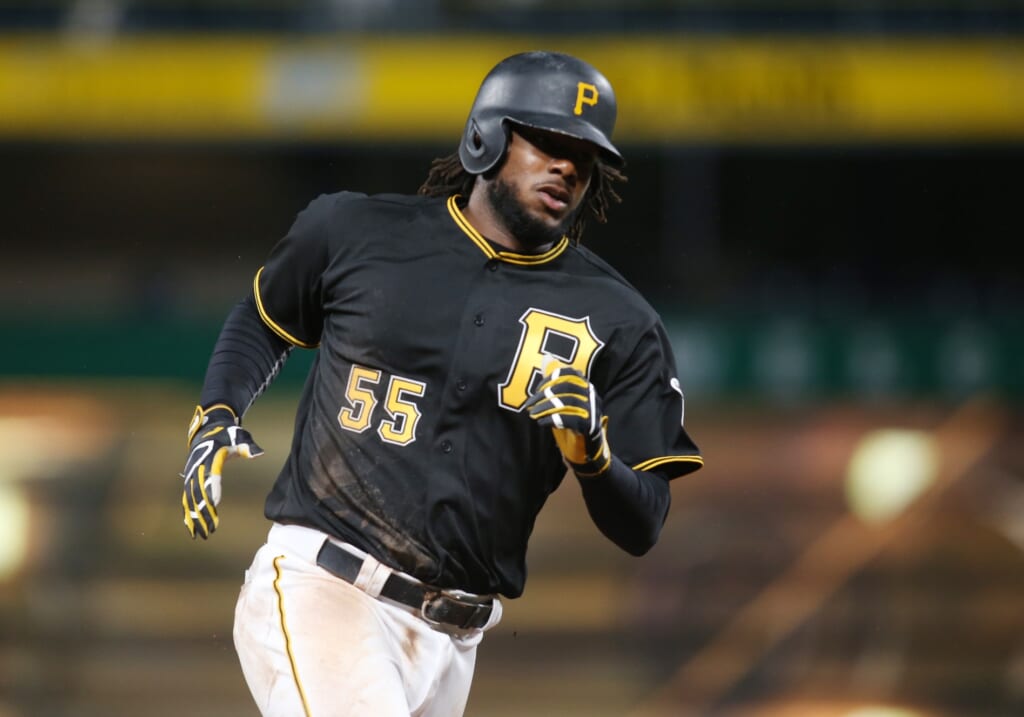 Whatever the answer, we’re not expecting it to continue. Bell showed great power a season ago, hitting 26 home runs and slugging .466. In 2018, he’s sporting a .392 slugging with three home runs. If he had these seasons in reverse order, we’d be screaming that a regression is coming. We’re going the other way now. He may not reach last season’s totals, but we do expect to see Bell’s power dramatically increase.

Carrasco’s 1.11 WHIP is roughly on par with the 1.08 mark that he put up over the previous four seasons. His strikeout rate has dropped, but he’s also walking fewer hitters. There’s just nothing in the peripheral stats to suggest that such a dramatic increase in ERA will be sustained. Over the next four months, we don’t think it will be.