Throughout NFL draft season, fans and analysts alike try to identify the biggest potential busts and which players to avoid. While the intentions are good, that effort sometimes takes away from the most promising prospects on the board.

Since the draft is effectively one big guessing game, it’s reassuring to have a group of players who could produce in multiple ways. Even if the following talents don’t reach their projected ceiling, they still should contribute for close to a decade.

Is he worth a top-five pick? Those debates will continue through draft day, but the answer isn’t anything more than a bullet point in Saquon Barkley’s career. The talented running back is also a tremendous receiver out of the backfield and could contribute on special teams, if necessary. He eclipsed the 1,000-yard mark in all three seasons at Penn State, never recording fewer than five yards per carry. And in 2017, Barkley caught 54 passes for 632 yards and returned two kickoffs for touchdowns. There’s always room in the NFL for that versatility. 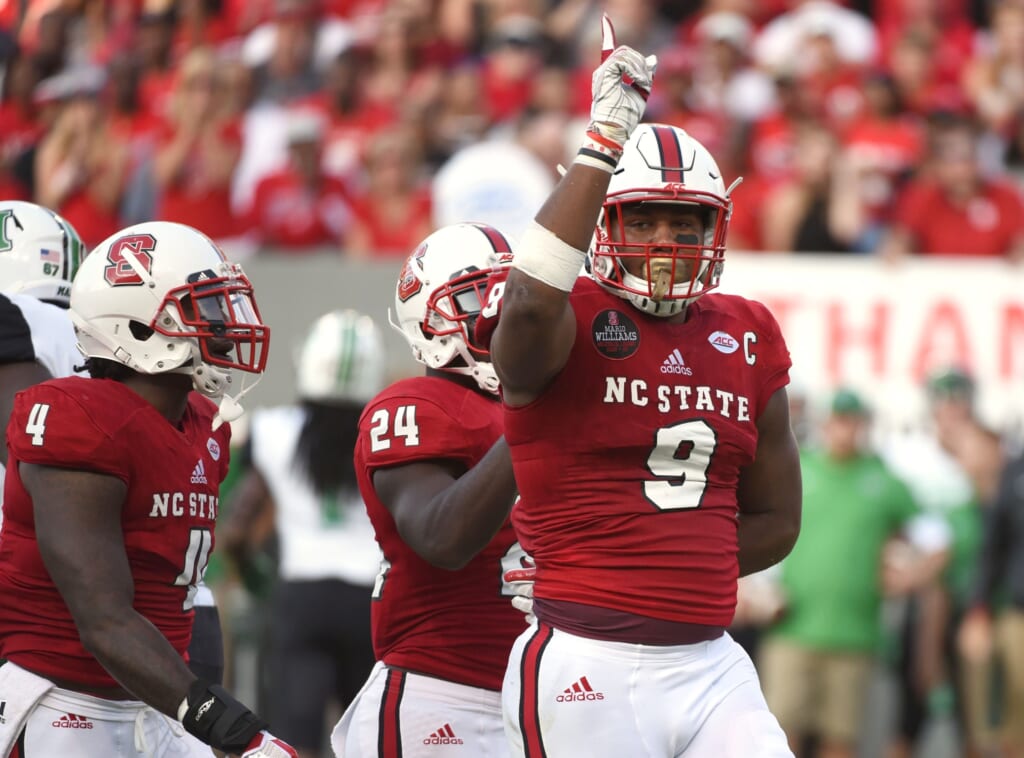 Sacks are an important stat, but the number can be misleading. Did the player clean up a teammate’s work? Was he unblocked? In each of Bradley Chubb’s last three seasons with North Carolina State, his total number of sacks never accounted for more than 50 percent of his tackles for loss. That suggests a highly disruptive player against the run and pass, and the tape certainly reinforces that. Chubb, who amassed 58.5 TFLs, 25.5 sacks and nine forced fumbles in college, is a three-down factor with a game-changing takeaway skill.

Tremaine Edmunds notched 100-tackle seasons for Virginia Tech in both 2016 and 2017. He gathered a total of 32.5 stops behind the line of scrimmage with 10 sacks, also forcing four fumbles. And at 6-foot-5 and 250 pounds, Edmunds is as imposing a linebacker as the draft can offer. Oh, and he turns 20 in May. Yes, this teenager wreaked consistent havoc in the ACC. There’s no major weakness in Edmunds’ game thanks to a high-level blend of athleticism and intelligence in pursuit and coverage. And he’s still just a kid — just wait until he’s a veteran.

After beginning his career at cornerback, Minkah Fitzpatrick shuffled to safety out of need. Well, it’s difficult to move an All-American away from the position he became one. Fitzpatrick is talented enough to play corner in the NFL, and his ability to play man coverage will be an asset for his professional team. But what if we assigned too much credit to that skill being able to translate? Well, then Fitzpatrick is a quality player who can provide decent run support and is an ideal deep-zone safety. He’ll be a fixture in an NFL secondary. 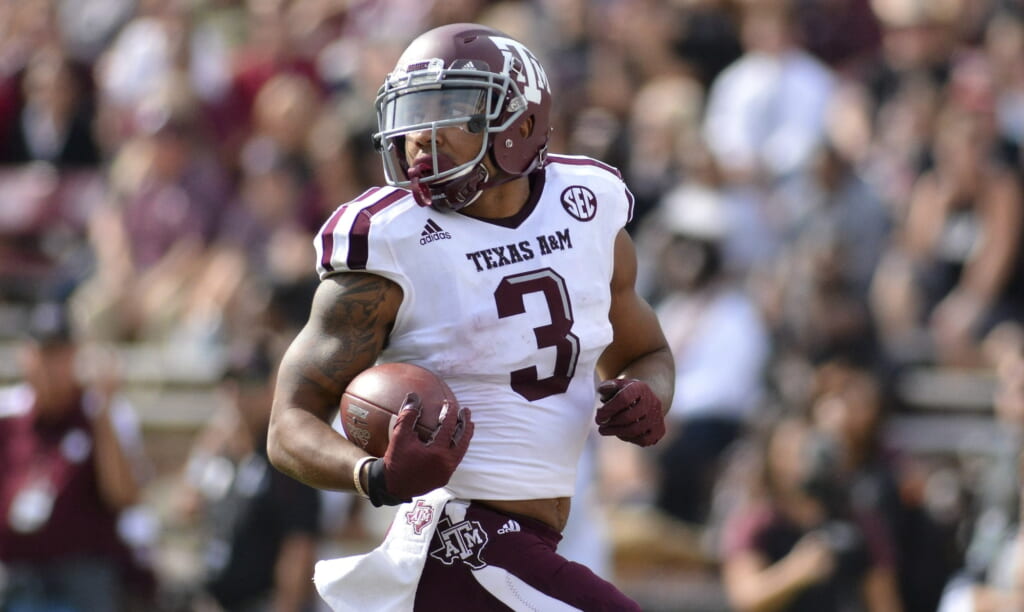 For someone labeled a playmaker, Christian Kirk never cracking 13 yards per catch at Texas A&M may seem strange. However, the Aggies force-fed him touches on quick passes as part of the offensive scheme. So, while Kirk can improve as a complete route-runner, his established strength is a major part of the NFL anyway. Offenses have spurned inefficient downfield shots in favor of quick, short high-percentage throws, and that’s where Kirk thrives. Throw in his seven career touchdowns on special teams, and Kirk is the best receiver/returner in the draft.

Because he shared the backfield with Nick Chubb, Sony Michel only started 11 games in college. The idea that the minimal starting experience is a concern is laughable, since Michel amassed 4,234 yards from scrimmage in four years at Georgia. He averaged 6.5 yards per offensive touch, showing off terrific explosiveness with 36 runs of 20-plus yards in college. Michel also posted a pair of seasons with 20-plus receptions and is a smart pass blocker. NFL teams aren’t as focused on “three-down backs” anymore, but Michel’s combination of big-play prowess and blocking is unique.

“Mauler” is the description of choice for Quenton Nelson, a two-time AP All-America honoree while at Notre Dame. The 6-foot-5, 330-pound offensive guard is a bully in the trenches, but that strength is simply one part of an impressive evaluation. Nelson has tremendous awareness and is a respectable athlete for his position, so he’ll be well-prepared to handle any type of blocking scheme in the NFL. Interior linemen typically aren’t selected high in the draft, but Nelson’s potential to be a 10-year starter should be extremely hard to disregard. 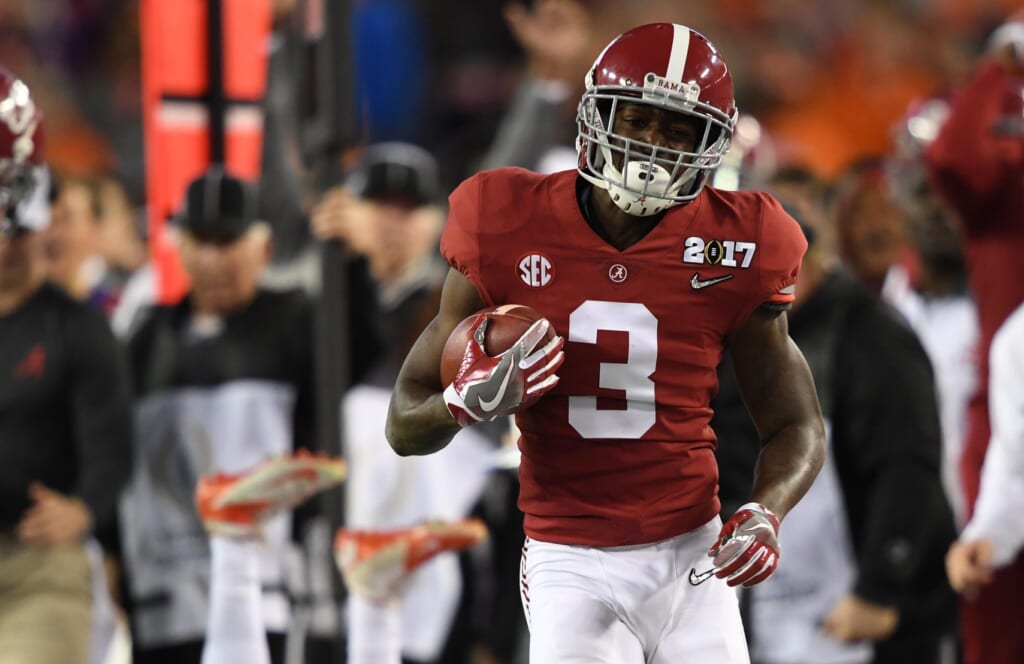 Perhaps he never becomes a true No. 1 receiver. But after seeing Calvin Ridley produce at a consistently high level despite being the only Alabama pass-catcher that defenses needed to worry about, there’s no disputing his ability to, simply, get open. That trait isn’t necessarily overlooked, but straight-line speed tends to be overvalued. Ridley caught 63 passes last season, and no other teammate had more than 14. He’ll demand five-plus targets every week regardless of whether he aligns in the slot or on the outside.

When analysts talk about “sideline-to-sideline speed,” they may as well throw on Roquan Smith’s highlight reel. Though slightly undersized for his position, the 6-foot-1 linebacker is physical at the point of attack and refined as a tackler. Smith piled up 137 stops in 2017 and only missed 10 tackle attempts, per CFB Film Room. He also provided eight hurries and 6.5 sacks. Quickness isn’t very important if a player doesn’t know where to be, but Smith is a highly intelligent, instinctive and reliable linebacker built to be a defensive centerpiece.

Sure, he’s not the ideal size. However, Denzel Ward doesn’t allow easy throws, and that’s the measure of a cornerback that matters most. In 2017, the 5-foot-10 defender allowed only 223 receiving yards on 53 targets, according to CFB Film Room. Additionally, he registered nearly as many pass defenses (15) as completions allowed (18). For a No. 1 corner, that’s nothing short of remarkable. Still, if his size is a concerned, Ward could become the best slot corner in the league. In today’s NFL, that’s still an every-down player — and one worthy of a high draft spot.